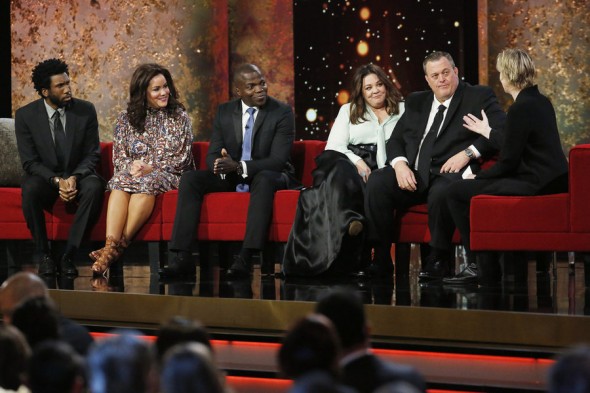 It is the only show on tv that I like ! Now I will have nothing to watch!! So sad!! It was so much fun to watch!!

I love Mike and Molly and loved all the troubles they had making their diets work. The struggles are real!! And they lightened those struggles up with laughter for people going through those same situations. Also, their struggles to start a family… They made those situations easier for others because we are not going through these things alone! Bring Mike and Molly back.. They are great FAMILY entertainment!!! We need more of that!!

Why? There is no logical reason to cancel Mike & Molly. They were a very relatable couple/family. I realize, CBS is one reason people are moving away from the original networks and going to Netflix, Hulu & Amazon. I really hope other stations will realize Mike & Molly how popular show it is and pick it up!

Why??? Why in the world would you cancel such an excellent show?? We watched it faithfully, and felt that the cast members were like part of our family also! You are making a big mistake by getting rid of this show! It was wonderful!

Cannot stand Melissa McCarthy or Billy Gardell or any of the rest of the cast and am THRILLED that the stupid show is cancelled! If MM never acts in anything again it will be too soon.

I think it is terrible to end Mike and Molly just because she lost weight. Ugly decision.

Hi, Very Very Sad that the show is Canceling over something SILLY!!! This show had great creative writing that made me & my FAMILY laugh together & watch it together!!!! Its so healthy & fun to laugh it made me & my family feel good the days we watched the episodes. Please consider keeping it on to view at least the episodes that wére made already. Thanks we need more shows like this one!!!!! I loved it!

I for one have enjoyed immensely all the episodes. That having been said, I also wondered when they were going to have the actors really start to buckle down and start losing weight and becoming healthy, happy individuals. I thought maybe we would see how changes in a person’s size could lead to healthy eating, healthy bodies, healthier minds, and happier lives. Why stop now. Show us how it’s done. Show us how. We can change, show us how we can benefit and live longer.

Well, Molly did lose weight, then was told she no longer fit the image of intended character! Real slap in the face !!

How sad a truly funny show.Now some sif stuff gets another season! Go figure.?

I loved that show. How interesting it was when she sold her book. It was a great story of creativity bring new insights to the table about an artists daily quest to be creative and the response of her family and their support of it. It brings to mind the mid century Dick Van Dyke show. How sad it is going away. Another loss for the educated viewer