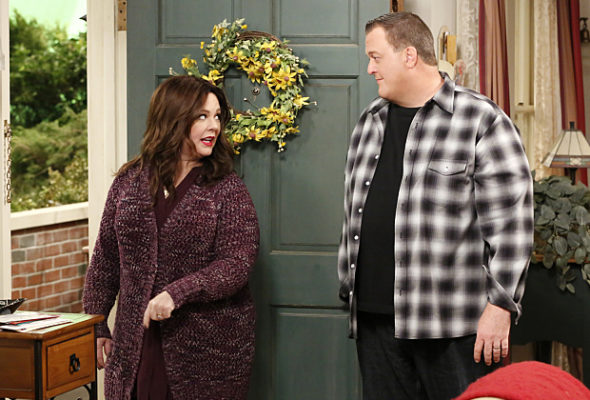 Tonight marks the end of the Mike & Molly sitcom on CBS. There won’t be a seventh season but at least the cast and crew had time to craft a true series finale. SPOILERS AHEAD.

In the final episode, Mike (Billy Gardell) and Molly (Melissa McCarthy) adopt a baby boy and Carl (Reno Wilson) and Victoria (Katy Mixon) are asked to be the godparents. Then, Molly discovers that, against the odds, she is pregnant. The comedy ends with the beloved couple singing the show’s theme to their little son.

Gardell said that he believed that fans of the series would be “very, very pleased with the finale. There’s beautiful closure. We were blessed in so many ways to have such a beautiful team through the whole thing — cast, crew and writing.”

But, what do you think? Are you satisfied by the Mike & Molly series finale? Would you like to see the characters return some day?

I liked the finale but I would have like to seen it continue to.

I so looked forward everyday watching reruns the world needs more laughter and now I won’t have that, mike and molly can’t be replaced

this was a really special show that had a cast that worked well together. I would stay up late during my summer breaks, especially, just to watch the show. I also love the theme song. I hope they can come back.

Mike and Molly never should have been cancelled it was a family orientated show with lots more stories to tell !!!

I will truly miss MIKE AND MOLLY! The cast was perfect, and the writing was great!!! The new babies would have been great for more seasons! CBS really screw this up!

CBS missed out on a great opportunity. Can you image all of them raising a child? Let alone 2?? It would have been hysterical!!! I am so going to miss this show.

CBS really screwed up. Mike and Molly is one of the best shows on tv. Was really looking forward to watching them raise a child. They could have made it the funnyist show on the air. going to start watching NBC or ABC. What a loss. Really going to miss all of you.