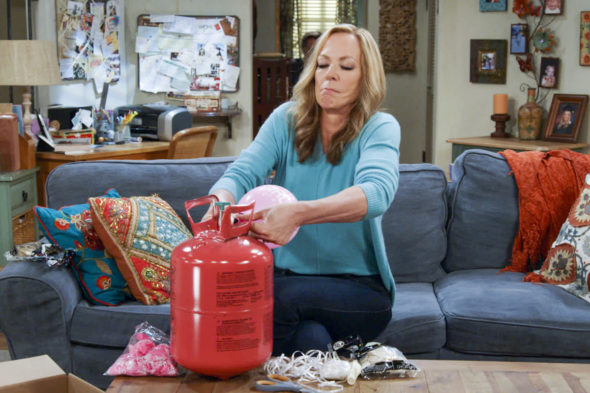 Mom is returning to CBS tomorrow night, and a key member of the cast will be missing. Anna Faris announced her departure from the comedy at the start of season eight production. Allison Janney, Mimi Kennedy, Jaime Pressly, Beth Hall, William Fichtner, and Kristen Johnston remain on the series.

In an interview with ET Online, Janney and other members of the cast spoke about Faris’ departure from the CBS comedy. She said the following:

“It’s a huge loss for the show to not have Anna because she was part of creating a character, Christy, that everyone fell in love with, who was so lovable and warm and gullible and funny and we will miss her so much. I think I’ll miss the most, for me, the relationship between Bonnie and Christy, even though that will still continue. But she won’t be present. That’s what I’ll miss.”

Pressly also spoke about the actress and her leaving Mom:

“I do want to say that it feels like she’s still here because we do talk about the character all the time. And [Janney’s] character is always calling her or vice versa. We still hear the name, we still talk about her. She’s not gone as far as we’re concerned, and we all spent so much time together over the years and love each other and support each other and we all want each other to be happy, so we’re happy for her and we miss her no matter what.”

With Christy out of the house, Janney’s character will have more time to spend with her husband, played by Fichtner, and the couple will have “more time to discover our relationship and that we in fact do like each other very much.”

What do you think? Are you excited to see the return of Mom on CBS? How do you think that the departure of Faris will impact the series?

It is really a great show, but I miss Anna Faris! I wish it would be continued! Makes me laugh out loud!