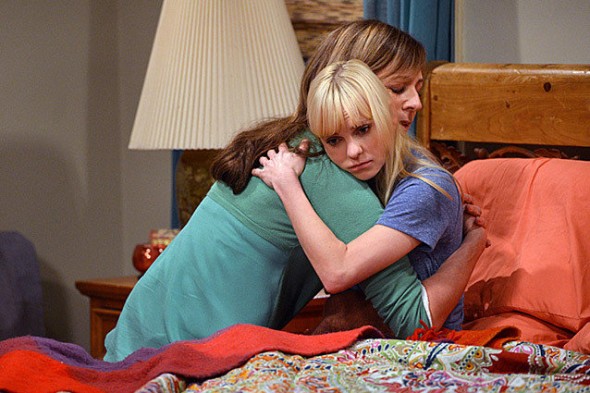 Do you watch Mom? Deadline reports negotiations are ongoing for a seventh season of the CBS TV show.

The comedy centers on Christy (Anna Faris), a single mom in recovery who has moved back in with her own single mother, Bonnie (Allison Janney), who’s also in recovery. The cast also includes Jaime Pressly, Mimi Kennedy, Beth Hall, and William Fichtner.

According to Deadline, both Faris and Janney are asking for a salary increase for season seven of Mom. However, it looks like the stars and producing studio Warner Bros. TV are still far from reaching a deal.

Reportedly, both Faris and Janney are making $200,000 and episode on the CBS sitcom, which is far below the $1 million per episode rate made by the stars of The Big Bang Theory.

What do you think? Are you a fan of Mom? Do you want a seventh season?

Wow! I could make 200K last me the rest of my life. And they get that much EVERY episode.
If they can get more….God Bless them.

Yes please I would love and really need a 7th season. This show makes me laugh and bring joy to my life for 30 minutes and that’s really needed in this time.

i would love a seventh season please

Love Love this show.. I always watch Mom. Repeats and all KEEP THIS SHOW GOING PLEEEEEZE

MOM is absolutely my favorite show! I’m a 73 year old great grandmother and this show definitely puts a smile on my face. It is funny, heartwarming, realistic and I so enjoy the cast as they go through their every day lives through their trials and tribulations of sobriety and life. I hope it is renewed for a seventh season.