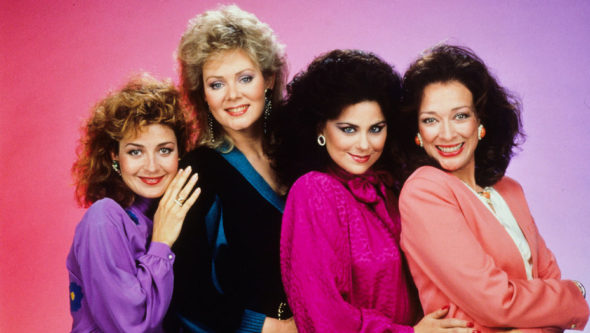 Fans of Designing Women have a big surprise coming later this week. On Thursday, members of the cast will gather together to read the script from the 1986 pilot. Series regulars Annie Potts and Jean Smart will be reunited with Scott Bakula (who played Potts’ ex-husband in five episodes) and Sheryl Lee Ralph, who recurred as showgirl Etienne Toussaint Bouvier in season seven. Because Ralph wasn’t in the pilot, she’ll play Mrs. Sundemeyer for the table read.

Deadline revealed more about the charities benefiting from the reunion of the CBS series:

“The cast, joined by fans Leslie Jordan, Wendi McLendon-Covey and Kyra Sedgwick; will raise money for charity foundations Color of Change and World Central Kitchen. Color of Change is the nation’s larges online racial justice organization and the funds towards World Central Kitchen will go towards the organizaton’s relief efforts to get fresh and nourshing means to frotline workers, first responders, and communities vulnerable to COVID-19.”

The Designing Women table read will be followed by a Q&A, and it will stream on the Sony Pictures Television Throw Back TV YouTube channel at 2pm PST on Thursday, October 15.

Check below for the video (once it airs).

What do you think? Were you a fan of Designing Women when it aired? Will you watch the table read on Thursday?

Sounds interesting. But unless Delta Burke is reading, too, I won’t be watching.

Any idea why Delta Burke was not included in the table read, as she was a big part of the show from the very beginning. Not sure if she still acts or not or if she wanted to participate. She was very funny as Suzanne.

Loved the show!!❤️Will watch the reunion!!