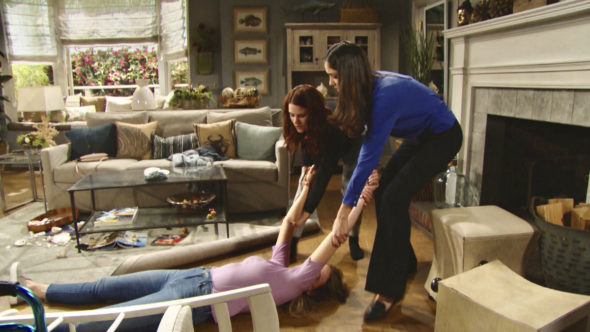 The Bold and the Beautiful is ready to return to CBS with new episodes. The long-running daytime drama series will begin to air new episodes next Monday, and there are two new faces — Tanner Novlan and Delon de Metz — joining the series. Novlan will have his first appearance next week.

CBS revealed the following about the return of the series in a press release:

THE BOLD AND THE BEAUTIFUL, the most-watched U.S.-produced daytime drama in the world, is set in Los Angeles and tells the compelling story of high fashion, glamour, honor, romance, passion and, most importantly, family. It is a Bell-Phillip Television production. Bradley Bell is the executive producer.”

The Bold and the Beautiful was the first soap to return to production after everything was shut down in March due to the COVID-19 pandemic.

What do you think? Are you a fan of this CBS soap? Are you excited for the return of The Bold and the Beautiful?

I am so glad that it will be coming back on next week. I have really missed watching it.

No. I wish it had been canceled. The network missed a perfect, but very unfortunate, opportunity to bring B&B and Y&R to an end. I won’t be watching anymore.

I am glad that B/B’s new episode will finally return on 7/20/2020. I must agree with Lula Allen the B/B writer will bury Steffy/Liam /Hope triangle because it is done to death Steffy needs her own man because Liam need to get his own act together.

I hope that quickly close out the Sally story line. That was out of character for her.

Unfortunately, watching the throwback episodes made me miss Stephanie and the cheesy, but ultimately lovable (to me), original Ridge. I also liked Brooke did wrong things, knew she was wrong, but tried to fix her mistakes. I loved it when Stephanie or Taylor gave her the well-deserved what-for. Katie and original adult Bridgett did some masterful tell-offs as well.

Happy the Bold and Beautiful are returning please not the same old Hope. Steffy and Liam drama. Please writers give us some different storylines.

Finally Bold and the Beautiful is back! I’m so happy because it’s the best Soap Opera on American TV! The Cast it’s fantastic! The rest match together! Excellent! Congrats!

Yes I am thrilled .. I have watched gor more than 30 years .. look forward to next Monday ❤️