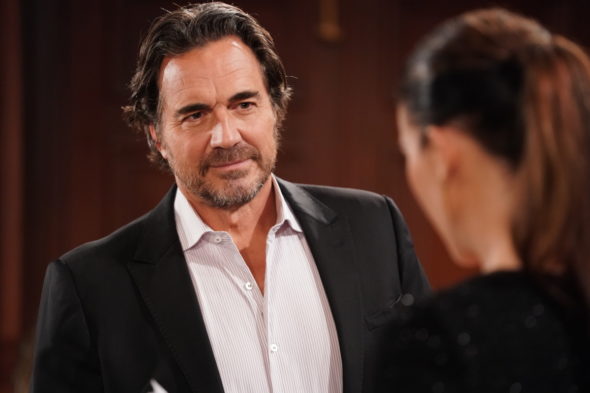 A tradition will continue on CBS. The network has renewed The Bold and the Beautiful, a staple of the daytime schedule, for two more years — season 34 (2020-21) and season 35 (2021-22). The show is currently the second-highest-rated network daytime drama, behind sister series The Young and the Restless.

The network ran out of fresh installments of both shows in April and has been airing vintage episodes since that time. It’s hoped that production on new episodes of The Bold and the Beautiful can resume sometime this summer.

CBS RENEWS “THE BOLD AND THE BEAUTIFUL” THROUGH 2022

THE BOLD AND THE BEAUTIFUL, the multiple Daytime Emmy Award winner for “Outstanding Drama Series,” and a pillar of the CBS daytime schedule for the past 33 years, has been renewed for two more years, through the 2021-2022 broadcast season, it was announced today by the CBS Television Network.

The afternoon series routinely wins its time period and averages over 3.2 million viewers every day.

“For over three decades, THE BOLD AND THE BEAUTIFUL has been a cornerstone of the CBS Daytime lineup,” said Amy Reisenbach, Executive Vice President, Current Programs, CBS Entertainment. “The show has been a creative and ratings success due to the supremely talented cast, writers and producers that Brad Bell has assembled. Of course, none of this would have been possible without B&B’s dedicated fans, whose passion for these characters and stories is unsurpassed. We are delighted to be able to continue to offer them a daily look into the romances and rivalries between the Forrester, Logan and Spencer families.”

“I am thrilled to dive into years 34 and 35 of THE BOLD AND THE BEAUTIFUL,” said Bradley Bell, Executive Producer. “We are grateful to Amy Reisenbach and everyone at CBS for their incredible commitment to the series. Of course, many thanks to our loyal fans who motivate us every day with their unending passion and enthusiasm.”

THE BOLD AND THE BEAUTIFUL, the most-watched U.S.-produced daytime drama in the world, is set in Los Angeles and tells the compelling story of high fashion, glamour, honor, romance, passion and, most importantly, family. The series is broadcast weekdays (1:30-2:00 PM, ET/12:30-1:00 PM, PT). It is a Bell-Phillip Television production. Bradley Bell is the executive producer.

What do you think? Are you a fan of The Bold and the Beautiful TV show? Are you looking forward to watching seasons 34 and 35 of this venerable drama series?

No, I am done forever with this show. You have lost me forever as a fan. I do not like any of the writing that has been done for at least the last 2 years, and don’t like what has been done with the characters either.

I am looking forward to resuming The Bold and the beautiful show, but I have enjoyed watching the vintage episodes.

why is it off the air now for the last few weeks??

HOping to see the next seasons soon. SO missing the casts very much.

I am dying to see the next season.