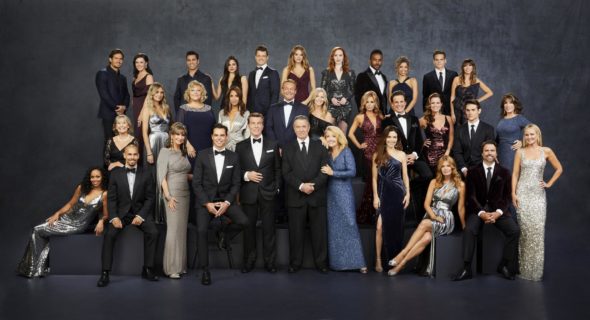 CBS is sticking with The Young and the Restless for four more years. The daytime drama is the highest-rated soap on television these days and the network has committed to keeping it on the air through the 2023-24 season. There’s no word yet on the fate of The Bold and the Beautiful.

THE YOUNG AND THE RESTLESS, the most-watched and highest-rated daytime drama for the last 31+ years, has been renewed for four more years, through the 2023-2024 broadcast season, it was announced today by CBS and Sony Pictures Television.

“Having the #1 show for any length of time in any daypart is a tremendous accomplishment,” said Kelly Kahl, President, CBS Entertainment. “But THE YOUNG AND THE RESTLESS has been daytime’s top drama for over three decades. The last time any other show was on top, Ronald Reagan was president, and the Berlin Wall was still standing. It’s a remarkable achievement and a testament to the extraordinary cast, gifted writers, talented producers and supremely passionate fans, as well as our tremendous partnership with Sony Pictures Television.”

“We are thrilled to continue the legacy of THE YOUNG AND THE RESTLESS at CBS, as this renewal will take us to our 50th anniversary in 2023, and beyond,” added Steve Kent, Senior Executive Vice President, Programming, Sony Pictures Television. “The iconic characters created by William J. Bell and Lee Philip Bell 47 years ago continue to captivate audiences in the U.S. and across the globe, and we look forward to building on the dynamic storylines featuring these beloved characters.”

The series is broadcast weekdays (12:30-1:30 PM, ET/11:30 AM-12:30 PM, PT) on the CBS Television Network and is produced by Bell Dramatic Serial Company in association with Sony Pictures Television. Anthony Morina is the show’s executive producer. The co-executive producer and head writer is Josh Griffith.

What do you think? Have you watched The Young and the Restless TV show on CBS? Are you glad that it’s been renewed for several more seasons?

Yes I am pleased they are renewing for 4 more years. I can’t wait for the new shows to start up.

Glad that the show was renewed, have watched it for decades

Happy to see that the show has been renewed, have watched for decades.

Great soap opera, the best! Glad to see it renewed.

I have watched The Young and Restless since day one. Love it; however it gets a little boring at times the way they just jump from one segment to another instead of just finalizing one(1), & stop you from guessing & hanging on!

Been A Newman since College days in the late 70s , HATE interruptions and the go to CBS,com or All Access for the entire episodes isnt far to us who dont have access. Put the show on Demand IMMEDIATELY when there is a interruption like Impeachment . Although thats just a soap opera also it lacks the steam. Best show EVER in daytime along with the BEST theme song . Writing seems to be slipping but a good old Victor /Jack feud could solve that . Victor IS Y&R

Y&R has been my favorite since day 1. Look forward to 12:30 everyday! The storylines get better and better!