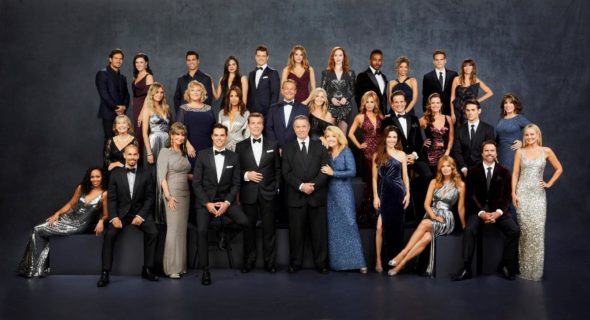 The Young and the Restless is nearly ready for its return. New episodes of the daytime soap opera will begin to air next week on CBS.

Production on the series had been shut down due to the ongoing COVID-19 pandemic and the network ran out of original episodes in April, opting to air “classic episodes” in their place. Taking precautions, members of the cast and crew were able to return to work on new episodes of Young and the Restless in July.

The daytime series, currently in its 47th season, has remained the top-rated network daytime drama for many years.

CBS revealed more about the return of the series in a press release.

“Get ready to return to Genoa City! The #1 daytime drama THE YOUNG AND THE RESTLESS is back with all new episodes, Monday, August 10 (12:30-1:30 PM, ET; 11:30 AM-12:30 PM, PT) on the CBS Television Network. The return will find Victor and Nikki’s family threatened by a secret, Billy and Lily navigating their new partnership with a shocking scandal brewing, Phyllis and Abby’s rivalry heating up and Sharon’s family rallying around her during her brave battle with cancer.

Tuesday, August 11: Sharon (Sharon Case) struggles with her new normal following her surgery, Billy (Jason Thompson) and Lily (Christel Khalil) disagree on a potential hire for Chancellor Communications, and Phyllis (Michelle Stafford) has a bone to pick with Abby (Melissa Ordway). This episode was filmed before the pandemic shut down production.

Created by William J. Bell and Lee Phillip Bell, Daytime Emmy Award-winning THE YOUNG AND THE RESTLESS premiered on March 26, 1973. It has been TV’s #1-rated daytime drama for the past 31 years. The series, which is in its 47th season, is broadcast weekdays (12:30-1:30 PM, ET/11:30 AM-12:30 PM, PT) and is produced by Bell Dramatic Serial Company, in association with Sony Pictures Television.”

What do you think? Are you excited for the return of The Young and the Restless?

I am more then thrilled to have Young & Restless back. It’s always been my favorite soap.

Thrilled! It is the must see show of my weekday TV viewing.

Been looking forward to this for months, but dish network has taken CBS off and we won’t be able to see it unless they get their act together.

Can’t wait! Watched it since it started.