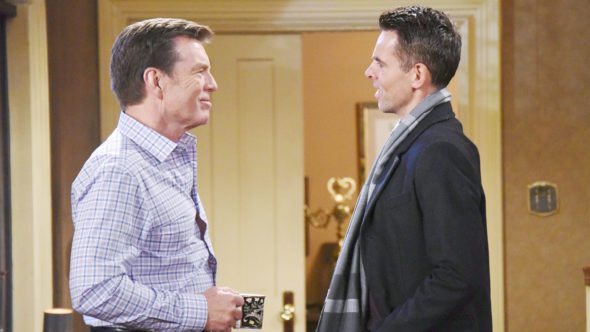 It’s hard to know exactly how long it will be before The Young and the Restless TV show is cancelled but, we do know that it won’t be anytime soon. In January 2020, CBS renewed this daytime drama for a staggering four more seasons, keeping it on the air through the 2023-24 broadcast season — the show’s 51st season. Will it continue to be the highest-rated remaining soap opera? Will it be the last daytime drama standing? Stay tuned.

Love love love the Young and the Restless!!!!!!!

Please keep Y&R on the air!

Although I really enjoy TH&HN, It Has Started getting A Bit Boring ,Veronica Character Is RIDICULOUS, And Candace part is dragging out too Damn Longggg to hv her caught /w that Stolen money,However I will miss it.

Would love for Maria bell, or Kay Alden , or someone else from the early 2000s . I care so much as if I created it. Soaps are still important and Young and restless is very important to me.

I love The Young and restless very much , been watching along time , I want the show to do well. If the writing needs help , they need to fix it . There are alot of quality writers in this country. Please fix the issues . I don’t want to loose the show. I feel it’s better than a few months ago. The show will be 50years old. I want it to get there. Josh Griffith can be replaced,. CBS please fix the problems,. Thanks .

I am glad that The Young and The Restless has been renewed. It’s my favorite