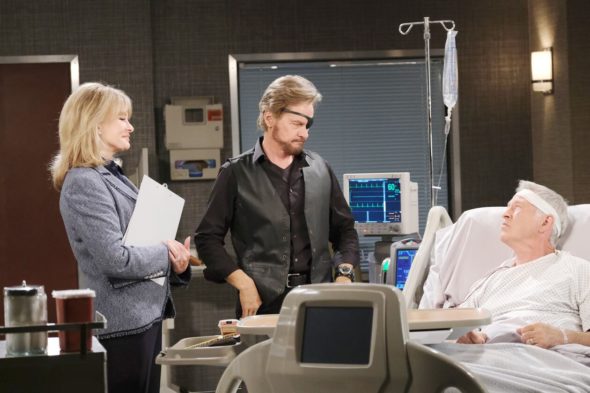 Despite being the only soap opera to air new episodes throughout all of the 2019-20 season, Days of Our Lives remained the lowest-rated of the four remaining network soaps. As per usual, it seemed possible that it could be cancelled by the peacock network but NBC gave Days an early renewal in November 2019. However, some members of the cast have either been let go or have chosen to leave the series, in part because of cost-cutting measures. Will this venerable soap be renewed for season 57 for the 2021-22 broadcast season or, could this series really be in its final days this time? Stay tuned. *Status update below.

What do you think? Do you still like the Days of Our Lives TV series? Would you like to see it cancelled or renewed for additional seasons?

I’ve been watching your show for 40 years and up until now I’ve pretty much enjoyed watching it, but I have to draw the line with that stupid posession crap, It was bad enough the first time but this time is just ridiculous. And so I’m not watching your show anymore. Although I think Brandon Barash is soo hot, and I’m really going to miss watching him. But enough’s enough. The writers on that show obviously don’t believe in God. And for that reason I can’t watch that show anymore.