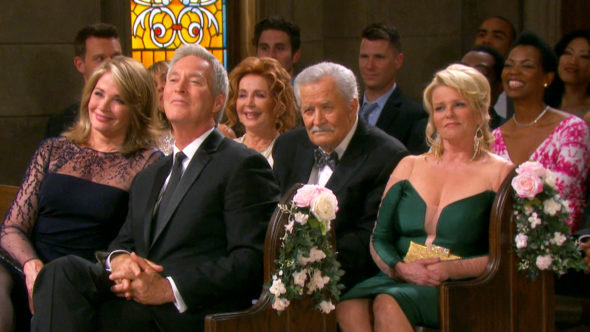 Despite Days of Our Lives being the lowest-rated of the four remaining network soap operas, NBC hasn’t dropped it. It looked like the network might cancel the series last season but they renewed it in February 2017. Will it be renewed for the 2018-19 season (season 54) or, is this venerable soap in its final days? Stay tuned.

What do you think? Do you still like the Days of Our Lives TV series? Would you like to see it cancelled or renewed for additional seasons?

I have been watching Days of our Lives since the 1960’s whenever possible and as technology availed itself, recording the series for convenient opportunities to be able to watch. Both my Grandmother and especially my Mother (both now deceased) were regular viewers and fans. It became a rite of passage…! Have never watched any other Series, as I have done with “Days of our Lives”, having had a special connection to the characters portrayed as they journeyed through their TV lives. I recently passed my 71st birthday and will always retain a special place for the “Days” characters I have… Read more »

Love this show..never miss a viewing
Will tape. If have to go out..please keep it on, will be missed by many viewers.

j just started watching it in December and i Love watching and im not much of a fan of soaps . I never miss an episode i honestly wish i cant watch from the very start.

I as well love DOOL ! I have watched since 1965.
I recently started watching TV provided by ROKU which I found to have episodes of DOOL from way back.

I enjoy watching this show,its very entertaining and love the actors. I’ve watched it from the beginning and hope to keep on for years to come.

I love this show. I’ve watched since 1982. It was watch by teens after high school at 3 pm. They got me hooked,but it’s messed up when it change to 1pm.

Please keep days of our lives running. Watched all my life and im sure millions of others feel the same. Billy Flynn is a fabulous dynamic actor.