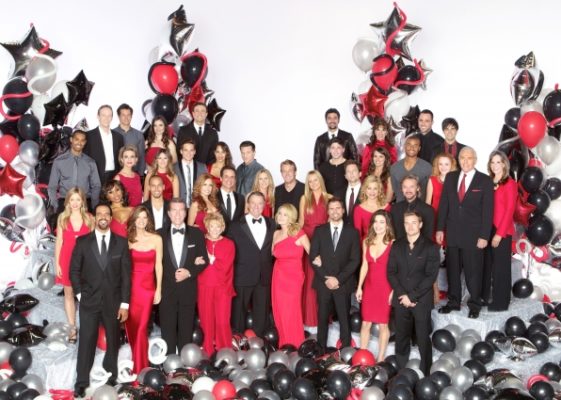 A few familiar faces are returning to The Young and the Restless. Entertainment Weekly reports Jaime Lyn Bauer, Janice Lynde, and Meg Bennett will reprise their roles on the CBS TV show in March.

Bauer and Lynde originated the roles of Lorie and Leslie Brooks, respectively, in 1973. While Lynde left the soap opera in 1977, Bauer remained until the 1980s and reprised her role in 2002. Meg Bennett began playing Julia Newman in 1980 and most recently appeared on The Young and the Restless in 2002.

All three—Jaime Lyn Bauer, Janice Lynde, and Meg Bennett—will reprise their Young and the Restless roles during the week of March 26th in celebration of the CBS series’ 45th anniversary.

What do you think? Do you watch The Young and the Restless? Who’s your favorite character?

Love the concept of bringing them back even for a short period of time. I remember the Brook sisters well. I wonder where Chris was? It was nice to see that Nicki and Julia were so cordial to one another during the crisis with Victor. The Young and the Restless will go down in history as my favorite soap of all time!!!!

Y & R is the best butihate the storyline that was made for chelsea to leave and phyllis obsession should have been a different storyline for her leaving the show, otherwise Y & R is best soap opera

Love this soap. Best one out there. Tell me more about this 45th anniversary

All I have to say is I hope that you were able to capture the 45th anniversary of this past week. The producers, writers and everyone behind the scenes do a fantastic job of getting this show on the top. I understand that they are up for 25 awards this year. Best Soap of all time!!!