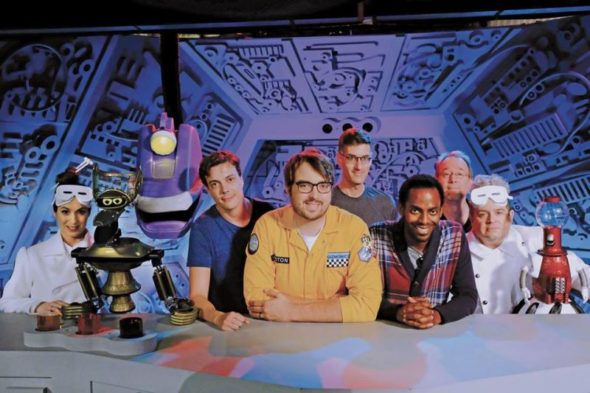 Mystery Science Theater 3000 will be back! Deadline reports Netflix has renewed the revival series for a second season.

A reboot of the ’90s TV show, the sci-fi comedy stars Jonah Ray, Felicia Day, Hampton Yount, Patton Oswalt, and Baron Vaughn. Like the original, the reboot features humorous commentary for B movies.

During a Thanksgiving marathon of classic MST3K episodes, creator Joel Hodgson revaled Netflix has renewed the series for second season. Watch the announcement below:

What do you think? Have you seen the Mystery Science Theater 3000 revival? Will you watch season two?

I LOVE MST3K! Finding out that it’s been renewed is the best news I’ve heard all week! You’ve got my money for another season, Netflix!