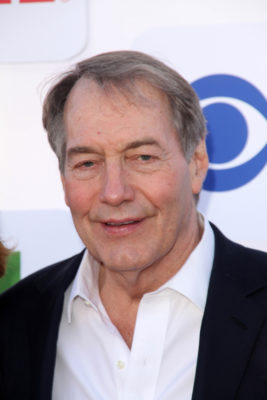 What will happen to the Charlie Rose show? According to The Hollywood Reporter, the staff is in limbo after PBS announced they will no longer distribute the long-running TV show.

As reported earlier, PBS and CBS have terminated their relationship with Rose after several women came forward accusing the journalist of sexual harassment.

However, while PBS has ended their deal with the Charlie Rose show, that doesn’t necessarily mean the series is cancelled. Apparently, staff members are unclear about the future since Charlie Rose is an independently produced series but it has lost its distribution deal with PBS. Does this mean the show will continue on another network or platform?

There’s no word yet, but it seems unlikely Charlie Rose will continue given the current allegations against Rose.

What do you think? Did you watch Charlie Rose? Do you think PBS was right to stop airing the series?

No I don’t think they should have cancelled the show. He made a mistake.

I loved the Charlie Rose show—he has one of the best talk shows on there next to Tavis Smiley. I really don’t think the show needs to be canceled—such a knee-jerk reaction wasn’t deserved. They could just keep it going with substitute hosts until he settles this issue.

I guess all those people will have to go out and look for jobs. What a concept. They could always make it the Cokie Roberts show.

worthymagic:
Working on the show IS a job

Charlie Rose’s program was the best one on television. I learned so much, and never wanted the show to end. Charlie had his faults, but he contributed greatly to our understanding of the world. There is a huge void now which cannot be filled with Antiques Roadshow or the like. Charlie was, and is, unique and I hope that someone of his ilk will take over the show. We need intelligent, high-quality programs like his to stimulate our brains.

Doesn’t he deserve a day in court before PBS did the public lynching of Charlie Rose? Also, can we please define sexual harassment in daily life as even looking at a woman could get someone fired 30 years later. Why do these ladies wait so long to trash a person in the sensational and biased news media? I never thought that PBS would stoop as low as the other mainstream FAKE NEWS outlets like CNN, NYT and CBS.

First of all, like a lot of men in power positions,he came on to these women and basically made them endure his harassment as a condition of keeping their jobs. For too long, men with power and leverage in the workplace over a women (or other men, for that matter) have been allowed to flat-out get away with sexual harassment because they could dictate who got a job, who was going to have a career, and who wasn’t Like the actresses who have said they had to deal with sexual harassment in Hollywood early on in their careers, these women… Read more »

PBS affiliates are not serving the interests of their viewers by replacing the show with additional hours of Antiques Roadshow and the like. There certainly is a need for continuation of the kind of one hour interview show that until this week was available on non-commercial TV.

the 1 hour long PBS New Hour WAS ONCE the best unbiased news program on the air until they began reporting 30 minutes obscure “news” from far away corners of the world. PBS will soon just be an extension of the general Mainstream “rush to judgement” biased news media reporting. Isn’t there enough relevant news to fill a 60 minute time slot?
Shame on you PBS!

Agreed. PBS is also slowly going away from being commercial free. Our friends and family are watching PBS even less now. Maybe these reasons are why their is talk about the government reducing their financial support to PBS in the future?

PBS only receives 15% of their funding from the government–they certainly don’t depend on it. And I haven’t heard anything about them reducing any support at all.