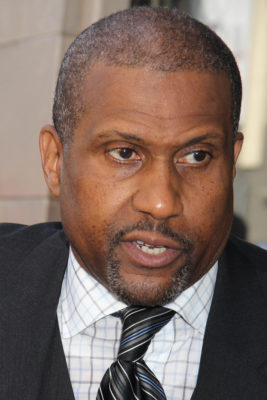 Tavis Smiley is no longer. Deadline reports PBS has cancelled the talk show because of recent sexual misconduct allegations against its titular host.

After investigation several accusations of sexual misconduct against Smiley, PBS has suspended distribution of Tavis Smiley indefinitely. In response, Smiley called the network’s investigation “sloppy” and vows to “fight back” the cancellation.

Effective today, PBS has indefinitely suspended distribution of Tavis Smiley, produced by TS Media, an independent production company. PBS engaged an outside law firm to conduct an investigation immediately after learning of troubling allegations regarding Mr. Smiley. This investigation included interviews with witnesses as well as with Mr. Smiley. The inquiry uncovered multiple, credible allegations of conduct that is inconsistent with the values and standards of PBS, and the totality of this information led to today’s decision.”

What do you think? Do you watch the Tavis Smiley show? Do you think it should remain cancelled?

I KNEW he was a little too SMILEY!

He was bad. Didn’t he get in a spat before, several years ago, about his show not being aired. PBS was more or less forced to give in to his discrimination claims if I remember right.

This is outrageous. The term witch hunt comes to mind. I do not believe that the allegations are true. I am losing faith in the PBS franchise and with money tight this year will consider removing my monthly support immediately. PBS please reconsider.