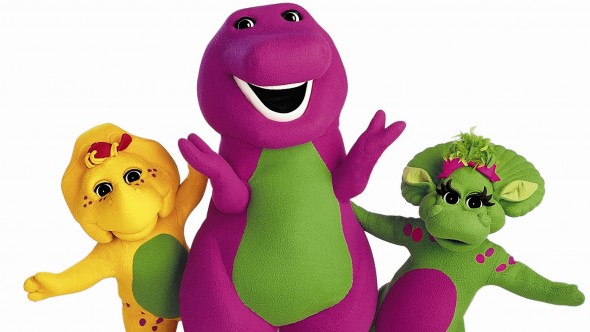 The popular purple dinosaur Barney is headed back to television after six years off the air. According to The Hollywood Reporter, Barney & Friends is set to return in 2017 alongside another popular children’s series, Angelina Ballerina, which ended in 2006.

Created by Sheryl Leach, Barney & Friends began on PBS Kids in 1992 and ran for a total of 268 episodes. It became a pop culture phenomenon, dominating children’s television in the ’90s with its cast of friendly dinosaurs and catchy songs. Reasons for its cancellation remain unclear.

Angelina Ballerina began as series of children’s books about an English mouse who dreams of becoming a famous ballerina. The animated series also aired on PBS Kids and ran for two seasons. In 2009, a CGI version of the show, Angelina Ballerina: The Next Steps, debuted and ran for 40 episodes.

The reboot of both shows is being co-produced by Canada’s 9 Story Media Group and HIT Entertainment, the children’s programming division of toy company Mattel.

“The refresh and relaunch of Barney and Angelina Ballerina represents an exciting start to our partnership with 9 Story. Both brands continue to enjoy large fan bases around the world among both pre-schoolers and their parents, who often grew up with the characters themselves.”

What do you think? Should Barney come back? Did you watch as a kid?