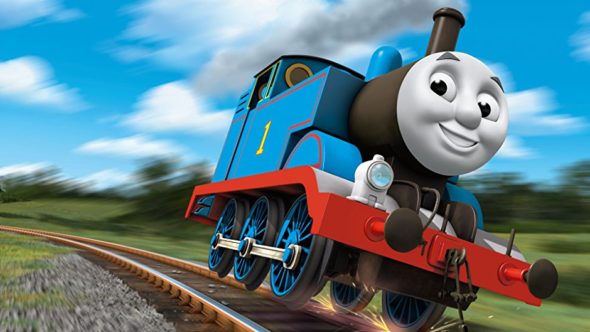 Thomas & Friends is on the move. Yahoo reports the long-running PBS TV show is moving to Nick Jr. for season 22.

The animated children’s series is based on the books by Reverend Awdry and follows a group of human-like locomotives who live on the Island of Sodor. The show has been part of PBS‘ lineup for nearly 30 years.

Season 22 is expected to premiere on Nick Jr. in the fall. The upcoming season will feature “new international characters and locations beyond Thomas’ home island of Sodor. Within Thomas’ Steam Team, Henry and Edward are making way for Rebecca and Nia, the first African engine, in the overhauled show, which also amps up the comedy, pacing, and adds musical elements.”

What do you think? Are you familiar with Thomas & Friends? Will you follow the show to Nick Jr?

Why!!!!!!!! First you got rid of sesame street and now this. You have guaranteed I will not watch pbs again ever.