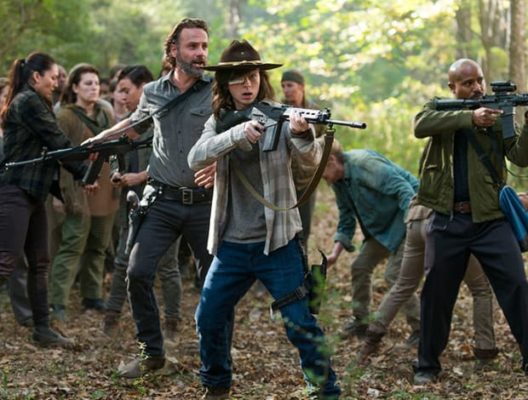 Fans of The Walking Dead are in for a treat. According to The Hollywood Reporter, the AMC series’ eighth season will return in February with an extra-long midseason premiere.

Season eight of The Walking Dead returns to AMC on February 25th at 9 p.m. ET/PT with an 82-minute episode.

What do you think? Do you watch The Walking Dead? Are you happy with the season eight storyline so far?

Sounds GREAT. It goes up against the Super Bowl, but the NFL is finding new and exciting ways to drive fans away. How great would it be if TWD had higher ratings than the Super Bowl?