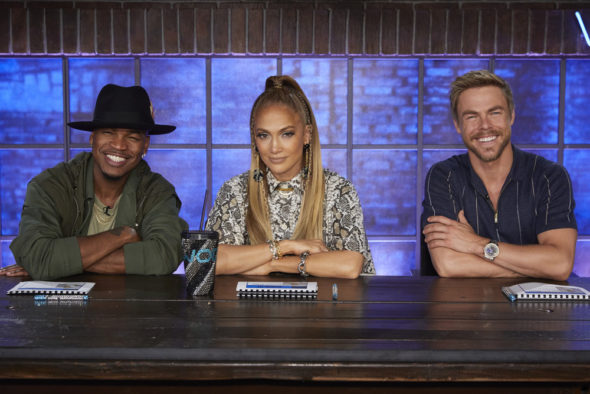 Does this show make you want to kick your feet up or, change the channel? Has the World of Dance TV show been cancelled or renewed for a fifth season on NBC? The television vulture is watching all the latest cancellation and renewal news, so this page is the place to track the status of World of Dance, season five. Bookmark it, or subscribe for the latest updates. Remember, the television vulture is watching your shows. Are you?

Airing on the NBC television network, World of Dance is hosted by Scott Evans, with Jennifer Lopez, Derek Hough, and NE-YO judging the performances. The series showcases elite solo dancers, partners, and full dance crews compete against each other in multiple categories of dance, including hip-hop, tap, ballet, break dancing, ballroom dancing, and stomping. The winner(s) receive a life-altering grand prize of $1,000,000 and the title of best dancer in the world.

The fourth season of World of Dance averaged a 0.73 rating in the 18-49 demographic and 4.01 million viewers. Compared to season three, that’s down by 13% in the demo and up by 9% in viewership. Find out how World of Dance stacks up against other NBC TV shows.

Will NBC cancel or renew World of Dance for season five? Season four did well for a summer series so, I think it will be renewed. I’ll update this page with breaking developments. Subscribe for free alerts on World of Dance cancellation or renewal news.

What do you think? Were you hoping that the World of Dance TV show would be renewed for a fifth season? Are you sorry that NBC cancelled this TV series, instead?

I LOVED World of Dance and watched every week! I am devastated. I thought the show would delay taping season 5 due to COVID-19 restrictions but I was definitely looking forward to season 5. SO DISAPPOINTED!!!

Yes I really hope that season 5 of World of Dance will run up again! I really enjoy watching everyone’s dance and everyone is very talented. I used to dance like all these people before my accident. I also enjoy watching all the Judges and I have to say it’s not easy to choose and vote because everyone is such an amazing Dancer. I’m hoping season 5 comes on. But I understand right now with COVID is hitting everyone hard. It’s hard to decide, but you want to also keep everyone safe and healthy too. I pray for everyone.

I love this show. It give the contestants such a great place to show their talents. I’ve loved Jennifer Lopez for years!