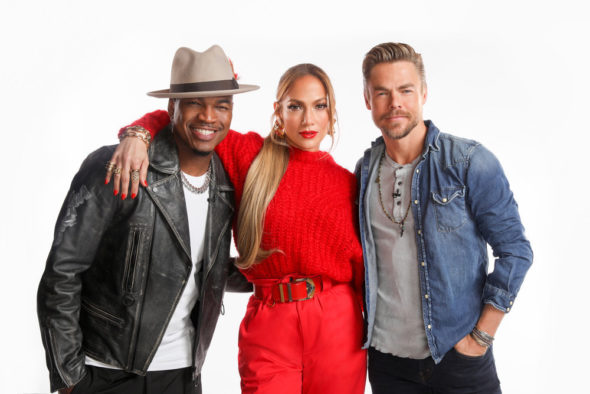 The dance is over at the peacock network. Though the show saw some growth in viewership during the pandemic, NBC has cancelled the World of Dance TV show. There won’t be a fifth season.

A dance competition series, World of Dance is hosted by Scott Evans, with Jennifer Lopez, Derek Hough, and NE-YO judging the performances. The series showcases elite solo dancers, partners, and full dance crews compete against each other in multiple categories of dance, including hip-hop, tap, ballet, break dancing, ballroom dancing, and stomping. The winner(s) receive a life-altering grand prize of $1,000,000 and the title of best dancer in the world.

Airing on Tuesday nights, the fourth season of World of Dance averaged a 0.74 rating in the 18-49 demographic and 4.01 million viewers. Compared to season three, that’s down by 12% in the demo and up by 9% in viewership.

The fourth season aired for 12 episodes between May and August of 2020. Deadline first reported the cancellation news.

What do you think? Do you like the World of Dance TV show on NBC? Would you have watched a fifth season?

It was awesome. Please bring it back. It has been a staple in the house. It really is amazing to watch and see so many emotions through dance.

I loved watching world of dance. Very sad to see it cancelled.. please bring it back

Yes I have watched all seasons and thoroughly enjoyed it, please bring it back.

I enjoyed World of Dance very much and am sorry to see it end. I hope you reconsider in the near future. This shows gives kids living on the streets or in bad situations, something to work towards in their lives, or for in their future and the hope that some day they’ll be on a show such as World of Dance. Now you end the show and take one more possibility away from them and for what, a few votes? Get real, we’re talking about people’s livelihoods here. Give them the break, they may need to break out, to… Read more »

I enjoyed the world of dance sorry to see it cancelled

Yes I would have watched. Very sad to hear its cancelled. Please reconsider. It was a very exciting show to watch.

I really enjoyed the show.its the only one where talent w.ins not my favorite wins
The format wasn’t good I understand why they had to.hope and it comes back.