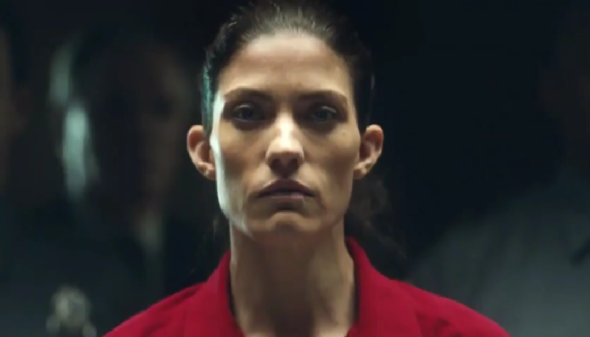 The wait is nearly over. NBC has announced the 2019 premiere dates for two of their new dramas. A spy thriller, The Enemy Within will debut on Monday, February 25th, at 10:00 PM. A drama about the residents in an apartment building in Brooklyn, The Village TV show will kick off on Tuesday, March 12th, at 10:00 PM (it will shift to 9:00 PM starting with the April 2nd installment).

Here are some additional details from the peacock network:

“THE ENEMY WITHIN” – MONDAY, FEB. 25 (10-11 P.M.)
· In this fast-paced, spy-hunting thriller, Erica Shepherd (Jennifer Carpenter) is a brilliant former CIA operative, now known as the most notorious traitor in American history serving life in a Supermax prison. Against every fiber of his being but with nowhere else to turn, FBI Agent Will Keaton (Morris Chestnut) enlists Shepherd to help track down a fiercely dangerous and elusive criminal she knows all too well. For Keaton, it’s not easy to trust the woman who cost him so much. While Shepherd and Keaton have different motivations for bringing the enemy to justice, they both know that to catch a spy… they must think like one.

“THE VILLAGE” – TUESDAY, MARCH 12 (10-11 P.M.); TUESDAY, APRIL 2 (9-10 P.M.)
· Welcome to the Village, an apartment building in Brooklyn that appears like any other from the outside but is quite unique inside. The people who reside here have built a bonded family of friends and neighbors. Sarah’s a nurse and single mom raising a creative teen; Gabe’s a young law student who got a much older and unexpected roommate; Ava must secure the future of her young, U.S.-born son when ICE comes knocking; Nick’s a veteran who’s returned from war; and the heart and soul of the building, Ron and Patricia, have captivating tales all their own. These are the hopeful, heartwarming and challenging stories of life that prove family is everything – even if it’s the one you make with the people around you.

What do you think? Do you like the sound of either of these two shows? Do you plan to check out either The Enemy Within or The Village on NBC?

Enemy Within was/is a well thought out tv show and the cast was good. It should not have been cancelled. Why are all the good shows cancelled?!?

I love The Enemy Within and just saw where it is not coming back. I am very sick in bed and sick to my stomach the main actress I saw in Dexter also. Nrillant and I miss her already. Please bring my show back!! I am not alone! Karen/Phoenix

I think The Enemy Within & The Village are two of the Best Shows On TV!! (&911!!) From the Suspense&Intrigue of Enemy Within… To the Humanity&Compassion, Tears&Real Life Struggles of The Village. Both captivating.. Both hooking me from Episode One.. Leaving me “I can’t wait til next week, What’s Happening!!” In a day of being able to binge watch years of tv shows in weekends lol these shows bring me back to simpler times.. when patience had to be practiced.. that’s a good thing in today’s world. Please Keep These Shows Running! ❤️

Please renew they are the best thus far