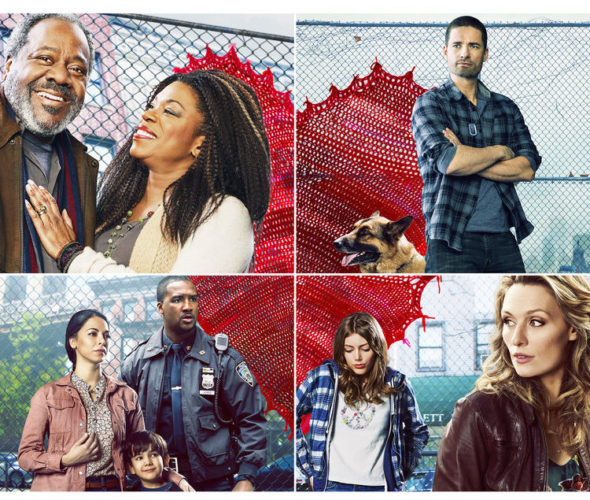 TV show description:
An American drama, from creator Mike Daniels, The Village TV show centers on the residents of a Brooklyn apartment building. While it looks the same as countless others from the outside, what goes on inside is rare, to say the least.

Over time, the residents of the Village have forged a powerful bond. They are more than neighbors — they’re friends and a family of choice.

The “Villagers” include Sarah Campbell (McManus) a nurse and single mother of a teenager; Gabe Napolitano (Kagasoff), a young law student; Ana Behzadi (Atias), a mother who fears the reach of ICE will touch her US-born son; military veteran Nick Porter (Christie); and Ron and Patricia Davis (Faison and Toussaint), who anchor the whole gang.

Everyone at the Village has a story to tell, be it about their hopes and dreams, or the challenges they’re facing. Together, they’re a family and family means everything — even when you are not related.

Series Finale:
Episode #10 — I Have Got You
An unexpected event brings Katie (Grace Van Dien), Sarah (Michaela McManus), and Nick (Warren Christie) back into each other’s orbits. Patricia (Lorraine Toussaint) deals with her diagnosis, which leads to an unexpected chance at re-connection for Ron (Frankie Faison). Enzo (Dominic Chianese) enlists Gabe (Daren Kagasoff) to pull off a grand gesture. Ben (Jerod Haynes) faces his future and his past.
First aired: May 21, 2019.

What do you think? Do you like The Village TV series? Should this NBC TV show have been cancelled or renewed for a second season?

It was a great show, and as usual a good show like this is cancelled, and replaced by another dummy fake reality show