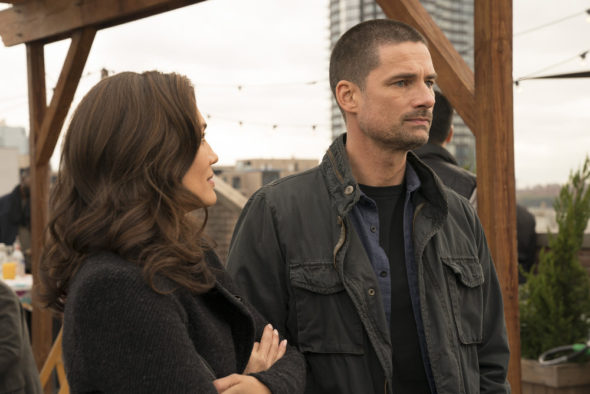 NBC is shifting things around. The network just announced The Village and The Voice are switching timeslots on Tuesday.

The Voice is currently in the middle of its 16th season with a judges panel that includes Kelly Clarkson, Adam Levine, John Legend, and Blake Shelton. Meanwhile, The Village debuted its freshman season in March. The drama series centers on the residents of a Brooklyn apartment building.

NBC is shifting two of its Tuesday series by moving “The Village” to 8 p.m. and “The Voice” to 9 p.m.

· The five-week change will begin April 23 and conclude May 21.

· “The Village” is more time-shifted than “The Voice” and with HUT levels down at 8 p.m., many viewers will watch the show on a delayed basis.

· In “live plus seven day” Nielsens, the Tuesday edition of “The Voice” is averaging a 2.1 rating and 10.9 million viewers overall, with the 18-49 rating growing to a 2.9 after 35 days of linear and projected digital viewership. The show is gaining momentum on nonlinear platforms, with the spring cycle’s “blind audition” episodes topping the fall cycle’s blind auditions in L+7+digital figures for the first time since that data stream was initiated during the 2014-15 season.

The ratings were good. The Village was creative and not given a chance. I find it difficult to get invested in any series. They get canceled or it takes 2+ years to come back. The Village should be brought back on another station.

It’s a wonderful and relatable show. Hope it comes back on soon

The village is a fantastic show. Please bring it back!!!

THE VILLAGE is a Fabulous show. Please bring it back for # 2.

I LOVE the village! YOU MUST BRING IT BACK!!!

Everyone I talk to loves this show and so do I! NBC MUST bring it back no matter what day or time slot. When are they going to get the ratings right? Why are 49-100 age group not considered?

I love this show, and how everyone takes care of each other like family. Please renew The Village for a second season.

Please this is such a great show and I love it!! Please renew it for a second season.

I love the Village please continue this interesting and heart felt story. This is the best show on TV. I love all the characters so entertaining!

Excellent show, all of the elements that make for engaged viewing.

The Village is one of the best shows on TV
Incorporating several generations!
NBC needs to advertise this show and promote it!
Wonderful TV!!!!!

Please renew “The Village”. It is a great show. Very different.

Too many shows are just the same story line with different actors.