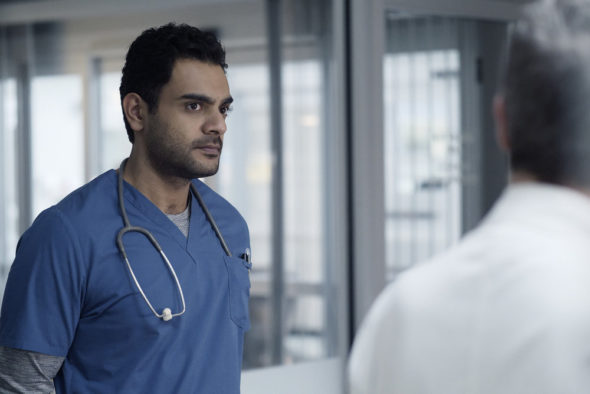 The Voice and Transplant are on the move and will air on a special night this week. The planned Thanksgiving day NFL game between the Pittsburgh Steelers and the Baltimore Ravens was delayed to Sunday, but then it was delayed again to Tuesday night due to positive COVID-19 results. *Update below.

NBC revealed the following about the planned NFL broadcast:

“Mike Tirico and Cris Collinsworth will call the rescheduled Baltimore-Pittsburgh game on a national broadcast this Tuesday, Dec. 1 at 8 p.m. ET on NBC. Michele Tafoya is the sideline reporter.”

The Pittsburgh Steelers are currently the only undefeated team in the NFL. Episodes of The Voice and Transplant originally scheduled for Tuesday night will now air on Thursday, December 3rd at 8:00 PM and 10:00 PM, respectively. The Voice’s episode will be the live results show for tonight’s regular Monday episode. Law & Order: SVU will air at 9:00 PM.

What do you think? Will you watch The Voice and Transplant on Thursday night?

*11/30/20 update: The game has been rescheduled to Wednesday, kicking off at 3:40 PM. It won’t air in primetime because NBC had committed to airing the 88th Rockefeller Center Christmas Tree ceremony on Wednesday night. Here’s the updated NBC schedule for Tuesday, Thursday, and Friday nights.

I will watch Transplant whenever it’s on.

Ridiculous, now I can’t watch the voice due to a conflict!!!!!

Did not get to vote for the save of 1 of 4 singers at the end of show because was not live when I had to watch On Demand; then it was too late for that special vote. NBC this is ridiculous rescheduling.
Wake up!!!

Complete bull! Who gives a flip about nfl? Ridiculous rescheduling of the voice!!!!

Please don’t cancel transplant. I am an avid watcher.

I will watch the Voice but not the football

OLD NEWS!! Game should have been a forfeit for baltimore but now it’s on for Wednesday…..what a crock of crap!!!!!!!

the game got move to Wednesday, so the voice should be on Tuesday

If I can remember to watch it Thursday night…why couldn’t they push the damn football game to Thursday night? Make it a double header…Anything to mess up a schedule I guess

The voice so good this season. I can’t wait to watch it.