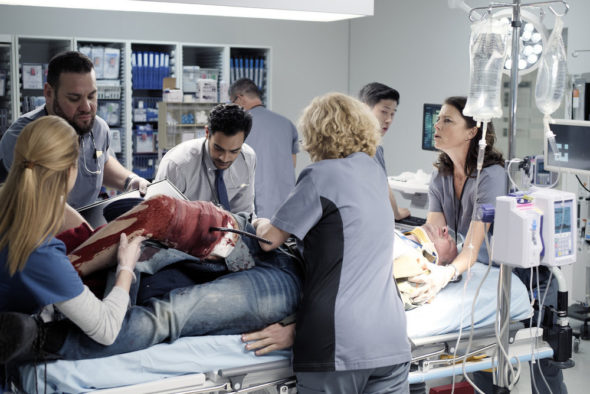 Originating on CTV, the Transplant TV show has already been renewed for a second season in Canada but, there’s no guarantee that the peacock network will air it. NBC licenses the series and is airing it in the fall because the production of its regular shows has been delayed. How will Transplant perform in the ratings? Will NBC want to air season two in 2021, once the network has more of it can produce more of its own programming again? Stay tuned. *Status update below.

What do you think? Do you like the Transplant TV series on NBC? Should it be cancelled or renewed for a second season on the peacock network?

*12/11/20 update: NBC has picked up the second season of the Transplant TV series.

My husband & I love Transplant. It’s one of our favorite shows.

Yes, please renew for a second season. I live in Montreal and have seen the struggles that immigrants have to go through to live their new life here. The story line is great.