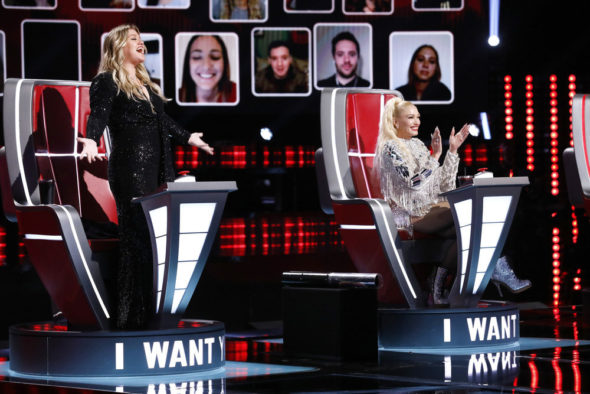 Will the 19th season of The Voice TV show hit the right notes for NBC? As we all know, the Nielsen ratings typically play a big role in determining whether a TV show like The Voice is cancelled or renewed for season 20. Unfortunately, most of us do not live in Nielsen households. Because many viewers feel frustrated when their viewing habits and opinions aren’t considered, we invite you to rate all of the 19th season episodes of The Voice here. *Status Update Below.

What do you think? Which season 19 episodes of The Voice TV series do you rate as wonderful, terrible, or somewhere between? Do you think that The Voice should be cancelled or renewed for a 20th season on NBC? Don’t forget to vote, and share your thoughts, below.

I love this show!! This season my direct tv provider said that this channel was not available due to a rate increase to provide viewers a local channel and it stop after the battle rounds. Yet when football started the channel returned and The Voice ended. I have been a long time fan since the 1st showing . Glad it’s back for another season.

A great quality show. This definitely is the best show covering the search for new singers. The others can go off the air.

Oh come on the show is different because of the pamdimec it’s not really a live audience so come on.

Oh boy that sucks but hopefully by Christmas be better coronavirus prayers.