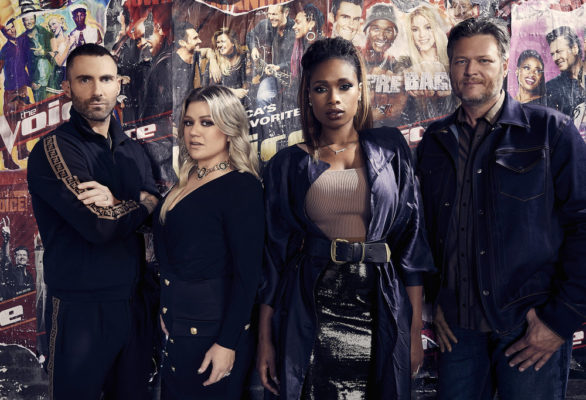 In its 15th season, is The Voice TV show on NBC still on key or falling a bit flat? As we all know, the Nielsen ratings typically play a big role in determining whether a TV show like The Voice is cancelled or renewed for season 16. Unfortunately, most of us do not live in Nielsen households. Because many viewers feel frustration when their viewing habits and opinions aren’t considered, we’d like to offer you the chance to rate all the season 15 episodes of The Voice below.

What do you think? Which season 15 episodes of The Voice TV series do you rate as wonderful, terrible, or somewhere between? Should NBC cancel or bring The Voice back for a 16th season? Don’t forget to vote, and share your thoughts, below.

What can one say..It’s the VOICE. so much entertainment and fun to watch. It’s a HIT.

Love this show. Keep it coming

Their judges way too political. Snide remarks. Suddle political remarks. Could not take Miley anymore. Love Blake he seems to keep politics private. I have turned off multiple tv programs because of political actors.

I agree with Lorraine, Keep the politics out of these shows we get enough of it on the news.

I think Adam was very unfair making the statement he did concerning the final vote on the save tonight, swaying the vote. If I were in De Andre’s shoes I would be very hurt. A coach must never show partiality, it ruins the credibility of the show. I feel he would have had a better chance with Blake as his coach.

I was very upset by Adam’s picking one of his own contestants above the other in the episode when three were up for elimination. It made me not like him as much as I had in the past. I lost respect for him!

The VOICE is the only reality show that I watch. I watch loads of procedurals but this is most fun to watch. The coaches interact so well with each other. They always make me smile.