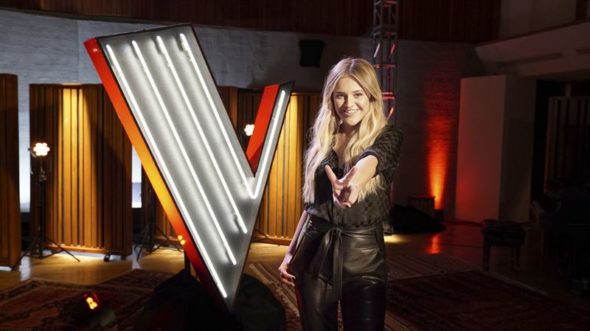 Fans of The Voice are in for a treat. NBC just announced they’ve ordered a companion web series called Comeback Stage.

Hosted by Kelsea Ballerini, the competition show offers singers who auditioned for The Voice the chance to compete and re-enter during the live shows in November.

Comeback Stage premieres on YouTube, NBC.com, Instagram TV, The Voice app, and Facebook on when The Voice returns to NBC on September 24th at 8 p.m. ET/PT.

Chart-topping country music star and acclaimed singer, songwriter and performer Kelsea Ballerini will serve as the companion series’ “fifth coach” and mentor six deserving comeback artists who auditioned for coaches Kelly Clarkson, Jennifer Hudson, Adam Levine and Blake Shelton during the Blind Auditions but did not make a team. These six Comeback Artists will compete for a chance to re-enter “The Voice” competition and earn a spot in the Top 13 live shows in November.

During the series, Grammy Award nominee Kelsea Ballerini will pair the six Comeback Artists into three Battle Pairings, coaching each artist on an individual song. These artists will go head to head in a Battle Round, and Ballerini will determine the winner of each Battle Round.

On the Live Playoffs Results show airing Tuesday, Nov. 13, the final two Comeback Artists will return to “The Voice” stage to perform for America’s votes in the first Twitter Instant Save of the season. The winning Comeback Artist will then decide which team they would like to join moving forward in the competition: Team Kelly, Team Jennifer, Team Adam or Team Blake.

During the Blind Auditions, the four coaches vie to discover and coach the next singing phenomenon from the country’s best vocalists. Adding another layer of excitement this season is the return of the “block,” which gives each coach the opportunity to block a fellow coach during the Blind Auditions so that the blocked coach is unable to recruit the artist on their team.”

What do you think? Do you watch The Voice? Will you check out Comeback Stage?

If it’s put on TV I’d like to watch the Comeback Show.

I will be watching for sure!!!