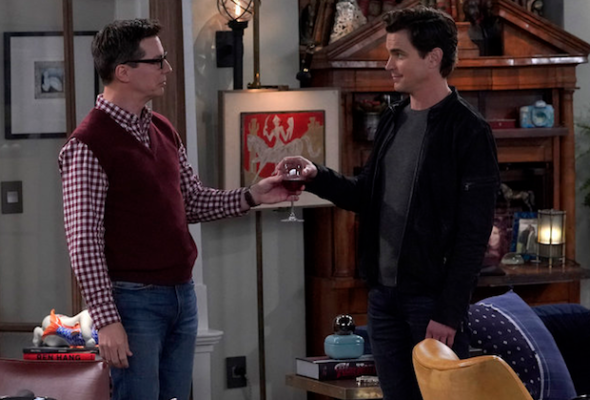 Some familiar faces are returning to Will & Grace. According to The Wrap, Matt Bomer, Vanessa Bayer, and Blythe Danner will reprise their roles for the 11th and final season of the NBC TV show.

What do you think? Are you a fan of Will & Grace? How do you want the revival to end?

LOVE Will & Grace!!!!! All characters play off each other so well. Hilarious!

I do appreciate the entire revival W & G, but nothing beats the original brilliace, wit, comedic genius of the cast and writers. Just like SNL, the original cast will always be classic best.

I’m going to miss it. The revival was great. Some of the scenes, like Jack applying numbing cream to face, or Jack and Grace fighting over a crouton while dieting were absolutely hilarious.

Glad it got cancelled, I loved this show when it first aired, but you had to make it political.