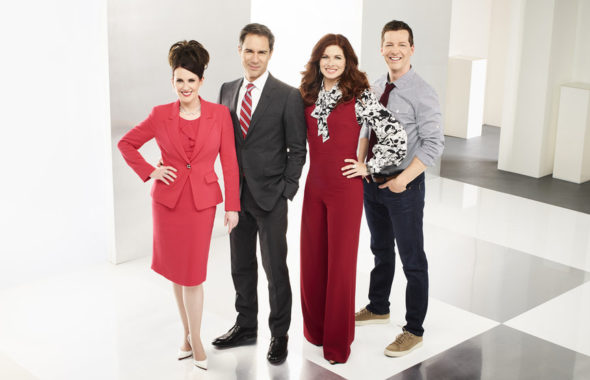 Are you still up for the Will & Grace TV show revival, now that the situation comedy has returned for its 10th season on NBC? As we all know, the Nielsen ratings typically play a big role in determining whether a TV show like Will & Grace is cancelled or renewed for an 11th season, which in this case was decided back in March of 2018. Unfortunately, most of us do not live in Nielsen households. Because many viewers feel frustration, when their viewing habits and opinions aren’t considered, we’d like to offer you the chance to rate all the season 10 episodes of Will & Grace for us here.

What do you think? Which season ten episodes of the Will & Grace TV series do you rate as wonderful, terrible, or somewhere between? Should NBC have renewed the Will & Grace show for an 11th season already? Don’t forget to vote, and share your thoughts, below.

This show MUST go. It is insufferably stupid, boring, and offensive

I loved the old Will and Grace. It has gotten way too political….and no longer funny. I stopped watching after about 4 new shows.

RENEW! Love the cast and show

It’s already been renewed for next season