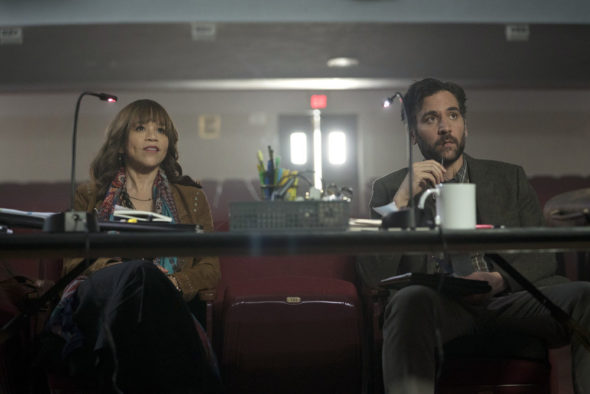 NBC has some new shows ready for the new year. Today, the network announced the premiere dates for new TV shows Rise and Good Girls.

UNIVERSAL CITY, Calif. – Nov. 16, 2017 – With its fall lineup on track to dominate the fourth quarter for a sixth consecutive year in the 18-49 demo, NBC is set to launch two of its highly anticipated midseason dramas, “Good Girls” and “Rise,” with their debuts scheduled behind a pair of formidable lead-ins.

“Rise,” from creator Jason Katims (“Friday Night Lights,” “Parenthood”) and “Hamilton” producer Jeffrey Seller, will launch Tuesday, March 13 at 10 p.m. with a preview episode immediately following the season finale of “This Is Us,” NBC’s #1 entertainment series and the #1 drama on broadcast television. “Rise” will move to its regular 9 p.m. timeslot the following Tuesday, March 20.

“The Brave,” which is in the midst of its 13-episode season, has been a steady performer for the network. This past Monday’s episode equaled the show’s high in 18-49 since Oct. 9 and, despite airing opposite “The Good Doctor,” the season average for “The Brave” has outrated CBS’ “Scorpion” on eight of eight Mondays so far in 18-49. It also ranks ahead of several rival 10 p.m. dramas, including “NCIS: New Orleans,” “Blue Bloods,” “S.W.A.T.,” “Kevin (Probably) Saves the World” and “Madam Secretary.”

A decision on a second season will be made at a later date.

When three suburban moms get tired of trying to make ends meet, they decide it’s time to stick up for themselves by robbing the local grocery store. But when the manager catches a glimpse of one of them and the loot is far more than they expected, it doesn’t take long for the three best friends to realize the perfect getaway will be harder than they think. From executive producer Jenna Bans (“Grey’s Anatomy,” “Scandal,” “The Family”) comes this comedy-infused drama that mixes a little “Thelma & Louise” with a bit of “Breaking Bad.”

What do you think? Do you watch NBC? Which new shows will watch next year?