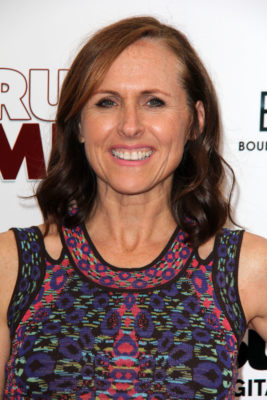 A familiar face is returning to Will & Grace. Variety reports Molly Shannon will guest on the NBC reboot.

After more than a decade off the air, Will & Grace returned for a ninth season this year. The cast includes original stars Debra Messing, Eric McCormack, Megan Mullally, and Sean Hayes.

On Will & Grace, Shannon will reprise the role of Val Bassett, a neighbor of Will and Grace who first appeared in 1999. Shannon is far from the first guest star to return for the NBC reboot. Leslie Jordan, Harry Connick Jr., Michael Angarano, Bobby Cannavale, and Minnie Driver are all slated to appear later this season.

What do you think? Are you watching the new season of Will & Grace? What other guest stars would you like to see return?

Ever since Debra Messing proved her ignorance, I had no reason to watch the show however, I would watch if they replaced her permanently with Molly Shannon.