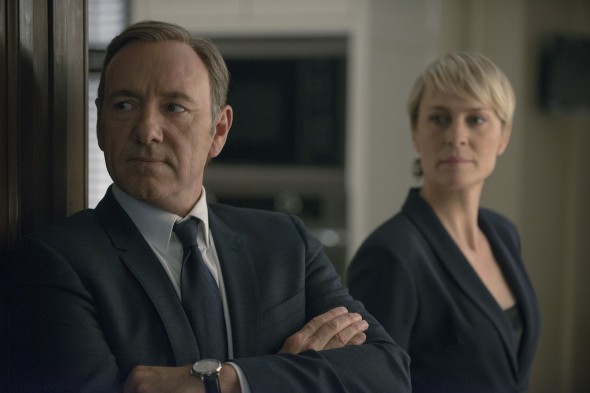 Things are looking grim for House of Cards. According to Buzzfeed, production has been suspended on season six of the Netflix TV show.

As reported earlier, season six has been announced as the final season for the political drama. Netflix cancelled the series after sexual misconduct allegations were made against star Kevin Spacey.

Now, Buzzfeed reports that production has been stopped on season six of House of Cards and one crew member says it’s not expected to resume. Netflix has not confirmed this part of the news, but the streaming service did release a statement saying production has been suspended so they can “review the current situation and to address any concerns of our cast and crew.”

What do you think? Are you a fan of House of Cards? Do you think there should be a sixth season?

Please continue production of House of Cards – so many people work on this production and need to have time to find new jobs after it is completed with some notice to them. And for the fans – please don’t end this so abruptly – we have been loyal for five seasons and deserve a solid wrap up to the story. It would be So Easy to continue without Frank Underwood! Claire is already in the White House – he has already moved out… He could be killed, sent into exile, sent to Siberia… so many ways. Claire could be… Read more »

Please don’t put everyone else out of work because of the actions of one person!!! Rework it! Kill off Frank (what a terrific plot line THAT could be!) and continue …. it would totally be unfair to kill production in the middle of the season, to fans as well as the other actors and production people and vendor services and hair/makeup (you get the idea).

Unfortunately in my option the show “jumped the shark” last season. Specifically with the 1st Lady committing a major crime basically in the presence of her Secret Service protection detail. No way these agents would have been part of her coverup. They escorted to the house, waited out side providing protection and then took her back to the White House – so they clearly know something had happened inside the house. White House Secret Service and DC Metro Police Dept work together so closely they’re almost a single agency, and they’re not covering up a suspicious thing like this for… Read more »

Why not just kill off Frank Underwood? There are many different directions the show could go.

He should have been killed at the end of the third season, assassinated by his wife, as per the original.