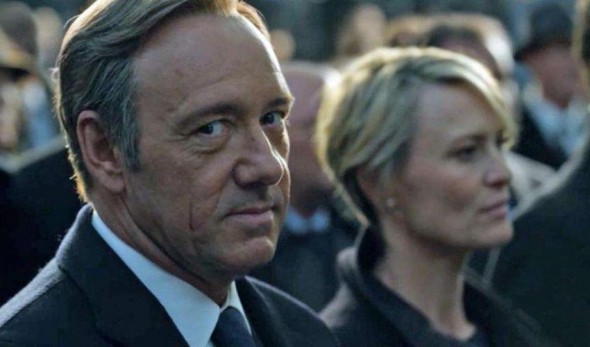 What’s going on with House of Cards? Deadline reports the Netflix series will have a shortened sixth and final season but Kevin Spacey will not be a part of it.

As reported earlier, the political drama has suspended production on the upcoming season so the writers can rework the show in light of the recent sexual misconduct allegations made against star Kevin Spacey.

Initially, House of Cards was expected to resume production on season six after Thanksgiving but it now the Netflix series won’t begin filming again until 2018. According to the streaming service, the final season will only have eight episodes and will focus on Robin Wright’s character, Claire Underwood. Spacey will not be involved.

What do you think? Are you a fan of House of Cards? Will you watch the final season?

Will miss this show.

I really loved this series, really very much, and I find it a shame that it would be shortened (good thing it wasn’t discontinued). It’S not like it’s not popular either. On the principle of it, I feel it is greatly unfair to punish his co-workers from a good source of revenue, their livelihood, and the public, of which I am part, from such a quality a show they like. As talented as he is/was, that Spacey was pulled is most fine and appropriate. Predators have to understand that they don’t have and keep on having the control on everybody’s… Read more »