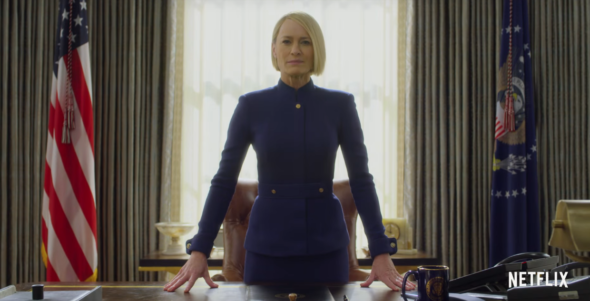 Frank is out and Claire is in. This weekend, Netflix released the first teaser for the sixth and final season of House of Cards.

The sixth and final season of House of Cards debuts on Netflix this fall.

· The series was created by Beau Willimon and is produced by Donen/Fincher/Roth.

· MRC – also behind the hit Netflix series Ozark – is the studio producing House of Cards, the first original series produced for Netflix.

What do you think? Do you watch House of Cards? What do you hope happens in the final season?

This is a shame, People should ban this channel.