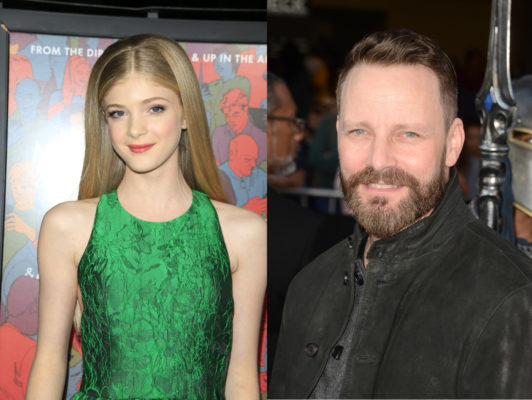 From True Blood EP Raelle Tucker, the drama “is about a handless teen who escapes from a cult and finds herself in juvenile detention, suspected of knowing who killed her cult leader.”

Facebook has ordered 10 episodes of Sacred Lies; no premiere date has been announced yet.

Kampouris will play Minnow Bly. Physically and emotionally scarred and handless, Minnow is now in juvie for brutally beating a young man.

Madeira is Angel, Minnow’s roommate in juvie. A science buff (her hero is Carl Sagan) and a convicted murderer (who claims she acted in self-defense), Angel is intrigued by her handless new roommate and her background.

Robbins will play Samuel Bly, Minnow’s father. Once a weak and susceptible man, he joined the cult hoping for a better life for him and his family. Fully believing that the Prophet speaks to God, Samuel instantly becomes the Prophet’s second-in-command.”

What do you think? Are you a fan of teen dramas? Will you watch Sacred Lies?