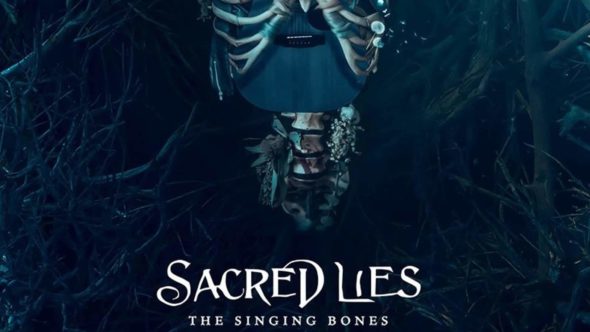 Sacred Lies is making a big move. The Facebook Watch series has been picked up by  Peacock. The first two seasons will be a part of the launch of the streaming service next week. The series was created by Raelle Tucker, and the deal comes with an option for a third season. The series has not yet been renewed though.

Per The Hollywood Reporter, Marci Wiseman and Jeremy Gold, co-presidents of Blumhouse TV, said the following about the move of the series from Facebook Watch to Peacock:

“We’ve truly enjoyed working with Raelle, and were always impressed by her steady hand over the series. She is a brilliant and unique storyteller, with a wealth of ideas, some of which we’re exploring even now. We’re thrilled the show will reach a whole new audience.”

Sacred Lies is just one of the shows that will be available as part of Peacock’s launch.  The second season of the series is based on the folktale The Singing Bone and actual murder cases. The show’s story revolves around a young woman (Jordan Alexander) who searches for her family after being abandoned as a child. She finds her father, an inmate who is obsessed with finding unidentified murder victims. Season two’s cast includes  Juliette Lewis, Ryan Kwanten, Kimiko Glenn, Kristin Bauer, Emily Alyn Lind, and Odiseas Georgiadis.

What do you think? Are you a fan of the Sacred Lies series? Have you been hoping for a third season?

Just started watching on peacock, I Really hope they do a 3rd season. Kinda sucks getting into a show and they cancel before the next season and pick up another show just to cancel them too..wish they would just follow through on shows people actually like watching.

Just finished the first season of Sacred Lies, it was great, if the second season is as good as the first, hoping for a third.

I happened to run across the first season just a few days ago. Being stuck at home I always find shows to watch. I use to be an avid book reader but I can’t shut my thoughts out to be able to read even a few pages any more. I’m 55 and this kind of show grips me. Scary though some things trigger some stuff especially season 2. At 8 months old a 2 year old brother and I were found in a hotel room left there for 2 days. There are still flashes that I have but no one… Read more »

We are loving it. Please do a 3rd season.

We loved this series! Awesome stories and awesome actors! We want more please!!!

Facebook watch does seem to be a doomed medium and I suspect that many will have missed this.

With Juliette Lewis at the helm it does seem enticing, so glad to see it on a platform where it will get a fairer shot.

You are absolutely right I love Sacred Lies.