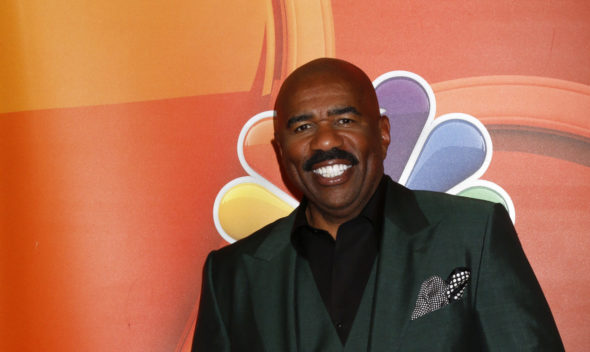 Steve Harvey is reviving his daytime talk show, but it won’t be on television. It will be appear on an even smaller screen. Your computer! Steve Harvey is bringing his talk show to Facebook Watch. The show is titled Steve on Watch, and it will premiere on January 6.

Steve already filmed several segments for the new talk show last week, and they will air over a 10 week period, per Variety.

Harvey said the following about his new talk show in a statement.

“Reaching my audience anywhere and everywhere they are has always been the goal. Facebook Watch viewers are the most energetic, engaged community, and so are my amazing fans. Getting all those people to directly engage on a platform like this is the perfect evolution of the show.”

What do you think? Were you a fan of Steve Harvey’s former talk show? Will you watch Steve on Watch next month?

I think the show will be great. It is always inspiring and informative.

Who was asking for this?