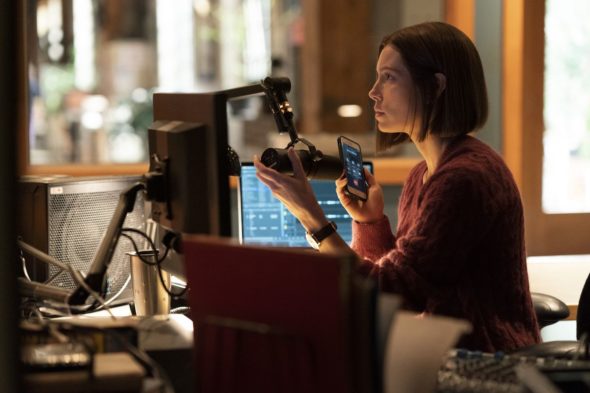 Facebook Watch is making some major cuts. Deadline reports the streaming service is cancelling both Sorry For Your Loss and Limetown.

A dark comedy, Sorry For Your Loss stars Elizabeth Olsen as “a young widow struggling to put her life back together after her husband’s loss.” The cast also includes Kelly Marie Tran, Jovan Adepo, Mamoudou Athie and Janet McTeer. Season two premiered in October 2019.

Meanwhile, Limetown is a drama based on the podcast of the same name and stars Jessica Biel as a journalist who uncovers a major mystery at a neuroscience facility in Tennessee. The cast also includes Stanley Tucci and Sherri Saum. The series debuted its first season in October 2019.

According to Deadline, Sorry For Your Loss is being shopped around to other networks for a third season. In the meantime, Facebook Watch is scaling down their scripted series development.

What do you think? Did you ever see Sorry For Your Loss and/or Limetown? Would you watch more seasons?

I did see Limetown and thought it was an intriguing story that was well written and delivered well by Tucci and Biel. I thank Facebook Watch for the first and only season, but in reply to the show’s cancellation I will discontinue watching anything else from that network, so I won’t give them the opportunity to disappoint me in the future. Hopefully Biel will “shop this around town” as well.

Sorry For Your Loss was one of the most well written series I think I have ever seen. It is very realistic on the emotions you are going through when you lose someone. The acting was impecable. I was really looking forward to a third season. I am very surprised this show is one that is chosen to be cut. To me it is as good if not better than the TV series This Is Us that is so very popular. I really wish the choice to cut this series would be reconsidered.

You do realize others might rolmf about your vieing choices? Inclusive statements like that are rarely correct and never intelligent. Do you live in such a bubble?
Well there are a lot of ‘anybody’s’ that do watch. It’s sad that your world is so small.