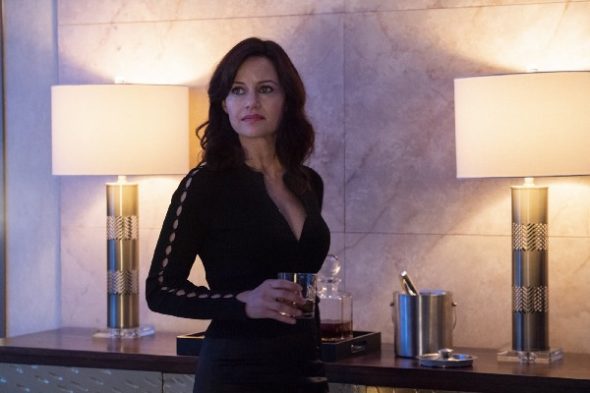 What’s going on with Jett? Recently, star Carla Gugino announced Cinemax has decided not to renew the TV show for a second season.

The drama series stars Gugino as a world-class thief who is fresh out of prison. She gets pulled back into a life of crime by a group of diverse criminals, including a powerful crime lord named Charlie Baudelaire (Giancarlo Esposito).

On Instagram, Gugino revealed Cinemax has cancelled Jett after one season but the show is searching for another network for a possible second season. Deadline reports the network is no longer developing any original series.

What do you think? Are you a fan of Jett? Would you watch a second season?

Jett is excellent, the writing, acting, characters and of course “Daisy” is the coolest “B” on the planet. Please bring Jett back!! Come on Amazon or Netflix, pick this up!!