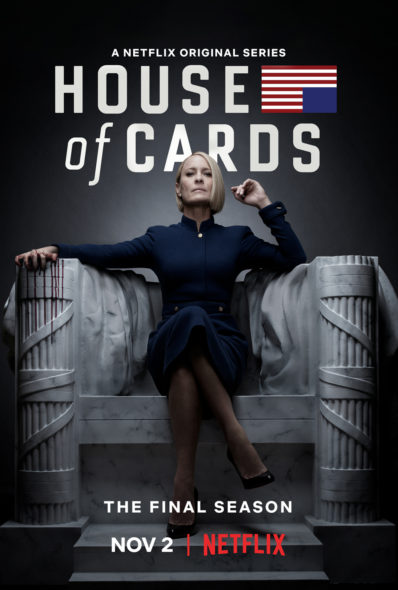 My, how times have changed. Netflix has released poster art for the sixth and final season of House of Cards. The image, which features Robin Wright, pays homage to the first season’s poster which showed Kevin Spacey in the same seat.

The final eight episodes of House of Cards will be released on Netflix on November 2, 2018. Here’s the press release:

The Sixth and Final Season of “House of Cards” Returns to Netflix on November 2, 2018

“History is written by the victors” — Winston Churchill

What do you think? Are you looking forward to watching the sixth season of House of Cards on Netflix? Should this be the final season?

I will miss House of Cards. Even with Kevin gone it was a good show