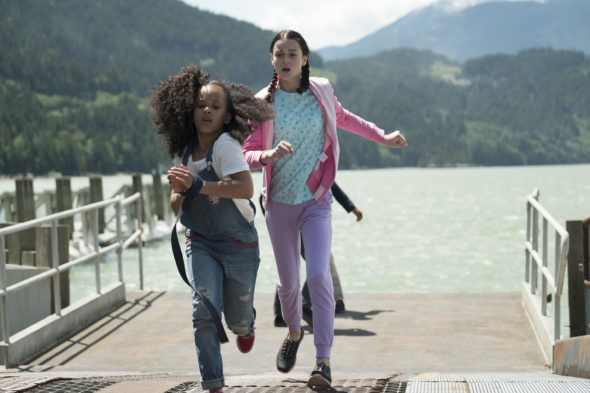 Somewhere Between: A Look at the Ratings

The first season of Somewhere Between averaged a 0.36 rating in the 18-49 demographic and 1.80 million viewers. Its demo ratings and total viewership were lower than all of the other summertime ABC TV shows we tracked, except Still Star-Crossed, which has already been cancelled by the network.

Somewhere Between, Episode 1.10, “One Must Die”

“One Must Die” – As Laura and Nico discover the reason for the vast conspiracy, they might be too late to stop fate from fulfilling its promise, as they race against the clock to try saving Serena – and Danny. The season finale of “Somewhere Between,” “One Must Die,” will air on TUESDAY, SEPTEMBER 19 (10:00-11:00 p.m. EDT), on ABC.

“One Must Die” was written by Stephen Tolkin and directed by David Frazee.

What do you think? Did you watch the Somewhere Between TV series? Should it have been cancelled or renewed for season two on ABC?

I hate this show was cancelled. I first watched this on ABC. Love that it’s on Netflix but I feel like this should have not been cancelled. It should have been given time to increase their ratings. The show was very intriguing.

Why Do they cancel shows so prematurely? These ratings they speak of aren’t worth spit! Who watches regular t.v. anyway? With the options to stream it or Tivo it, how are these ratings accurate? I just found this on Netflix and binge watched it. This is a great show that didn’t deserve to be cancelled. Bring it back!!

I really enjoyed, Somewhere Between, I don’t watch very many television shows that have Episodes to them but this show I really enjoyed! I’m really sad it’s canceled for a 2nd season, I would have loved to see the characters again with whatever story line would have them involved in again. I really enjoy life and death shows that keep you on the edge of your seat like this one does. Please bring it back!

Why do they cancel all the good shows???

liked the premise of the show…crazy overacting and overwriting…surprisingly from of all ppl Paula Patton n Devon Sawa….still a big fan now but it was still a bit much….still watched to the end…wanted to see the happy end which they gave us…just happy it didnt leave on a cliffhanger like most

I just found Somewhere Between. I watched the whole thing in two evenings! Please Netflix – pick it up for a second season. Everyone I have told about this series LOVES it – we’ll make it worth your while!! 🙂

I’m watching the first season on Netflix. It’s a great show I think Netflix should make a second season

You guys just renew it pleaaaaaaseeeee. It’s the best ever.

Just found this show on Netflix, it had me hooked within the first fifteen minutes i absolutely loved it, i am so disappointed it has been cut.