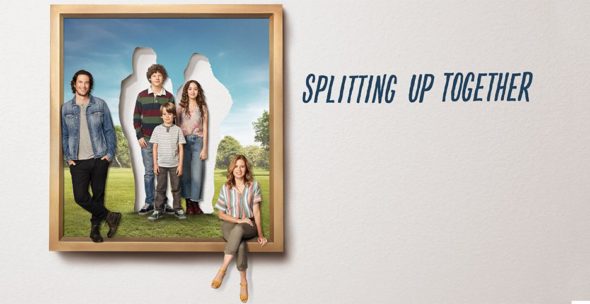 It’s all over but the shouting for Lena and Martin. ABC has cancelled its Splitting Up Together TV show after two seasons. The series, which was never a Nielsen ratings sensation, really took a dive in the second season, so the news that there will be no third season is not exactly a surprise.

An ABC comedy, Splitting Up Together stars Jenna Fischer, Oliver Hudson, Bobby Lee, Diane Farr, Lindsay Price, Olivia Keville, Van Crosby, and Sander Thomas. The comedy centers on a married couple, Lena (Fischer) and Martin (Hudson), who have decided to “bird nest” despite their divorce, i.e. the parent who is on-duty in a given week lives in the house with the kids, while the other decamps to the garage. Soon they find the new arrangement has put some much-needed life into their relationship.

Airing on Tuesday nights, the second season of Splitting Up Together averaged a 0.66 rating in the 18-49 demographic and 2.76 million viewers. Compared to season one, it was down by 46% and 36%, respectively.

Out of the 21 scripted ABC TV shows of the 2018-19 season, Splitting Up Together is in 16th place in the demo and 20th place in total viewership. 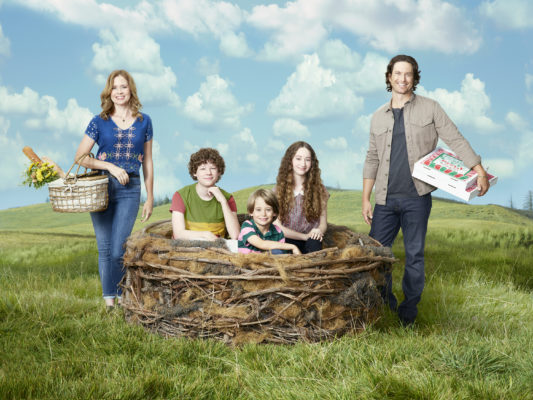 What do you think? Do you enjoy the Splitting Up Together TV show? Would you have watched season three of this ABC comedy series?

[Trevor Kimball contributed to this article.]

Devastated that it was canceled. It was my favorite show. Fingers crossed another network picks it up.

If course! I would have watched. It was an awesome show. I hate it’s been cancelled

We would have watched 3rd season. Although 2nd season wasnt as good as 1st. Think that is in part to not being as long. Enjoyed seeing what was going to happen next. Disappointed there isn’t a third sesson.

i loved the show. thought it was really fun and well done and different. super likable cast. i wish tv shows got a chance. remember when Cheers and Seinfeld didn’t seem like they’d catch on? thanks for another short-attention-span popularity contest.

It really agrivates me that there is not a third season. Disappointing.

So disappointed! It was fresh, funny and light show in comparison to all the dramas on TV. Sad to see it go!

I am so disappointed. This was a good show. I looked forward to watching every week. Quite upset that abc also cancelled another show, The kids are alright. There is an audience for these cute shows.

I’m really so dissappointed that Splitting up Together isn’t coming back. My 4 year old grandson and I loved watching it together! It was such a good show, way better than some of these new shows this season

Can’t believe there is no season 3. I was really looking forward to it The show was funny. Hope there’s a chance of revival.

I really wanted a season 3! The show was funny and intriguing. I wanted to see the characters development. Network television’s antiquated rating system isn’t working anymore. Most people stream and don’t watch anything on cable. You’re demographic could be just about anyone but they are missing that point.