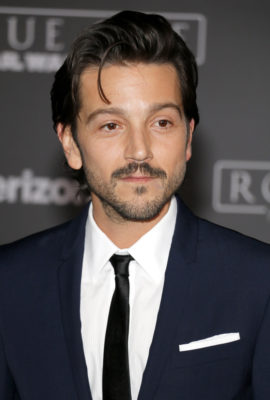 Narcos is moving to Mexico. This week, Netflix released a new teaser and announced the stars for the series’ upcoming fourth season.

The new season of Narcos will star Diego Luna (pictured) and Michael Peña. The storyline has yet to be revealed, but is slated to premiere on Netflix in 2018.

Netflix announced today that Michael Peña (Crash, American Hustle) and Diego Luna (Rogue One, Y Tu Mamá También) will star in the upcoming fourth season of Narcos. Production recently began on the new season in Mexico City, Mexico, and season four will be set in Mexico. The casting announcement and location were confirmed today on the Narcos social accounts here: https://youtu.be/MJGkm0UwNRk

Narcos season four is slated to premiere in 2018. Narcos is produced by Gaumont Television for Netflix. Executive producers for the series are José Padilha, Eric Newman, Doug Miro and Carlo Bernard.”

What do you think? Are you a fan of Narcos? Are you excited for season four?