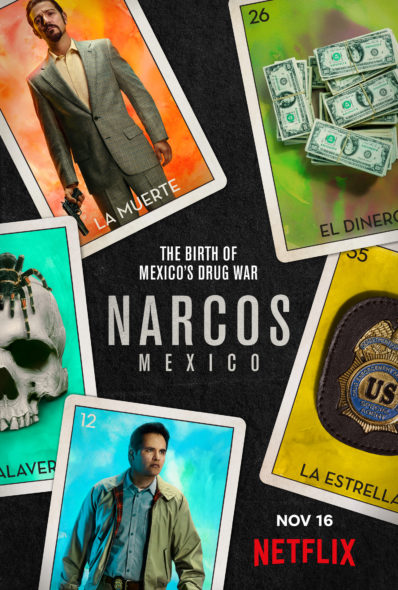 ¡Que suerte! Netflix has renewed its Narcos: Mexico TV show for a second season. The renewal marks the fifth season over all in the Narcos TV series franchise at the streaming service. Netflix hasn’t yet announced the Narcos: Mexico season two premiere date, but today released a teaser that promised it is “coming soon.” Check it out, below.

In case Twitter is blocked in your office, here’s a YouTube version of the Narcos: Mexico season two promo.

What do you think? Did you watch the original Narcos? Have you checked out the first season of Narcos: Mexico? Do you plan to stream season two when it drops to Netflix?