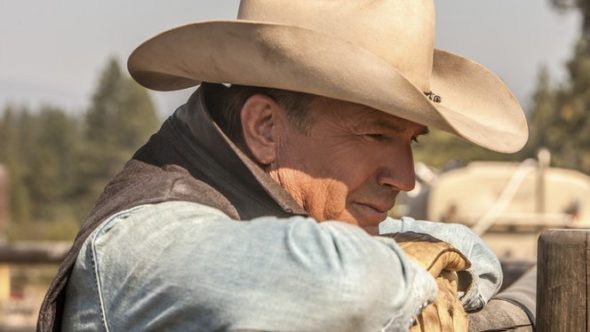 “I’m gonna buy your ranch and I’m gonna pull down every fence.” Paramount Network has just unveiled a new trailer and the premiere date for Yellowstone.

“Yellowstone” stars Costner as John Dutton, who controls the largest contiguous ranch in the United States, under constant attack by those it borders – land developers, an Indian reservation, and America’s first National Park. It is an intense study of a violent world far from media scrutiny — where land grabs make developers billions, and politicians are bought and sold by the world’s largest oil and lumber corporations. Where drinking water poisoned by fracking wells and unsolved murders are not news: they are a consequence of living in the new frontier. It is the best and worst of America seen through the eyes of a family that represents both.

What do you think? Are you a fan of Westerns? Will you watch Yellowstone?

Yellowstone is a great series, so refreshing, love it five stars.

about time we got some excellent tv back on the air i love all the stars . PS they are true stars. cream of the crop than you

I am excited to see an expected Great Western Story on TV again . The cast looks impressive and the producer /director makes excellent films such as Hell or High Water.
Costner is a real star and talented and believable . Would also as other commenters have stated like to Tom Sellect do another Western .

we need more westerns instead of all these dumb reality shows. i’m glad for costner,i think he’s great in everything he does. i also wish tom sellect would make another western and also a few more stone series. thank you.

I love a good western and with Kevin Couster, it should be great!

looking forward to this show………….love kevin costner – who doesnt lol – and yellowstone is a beautiful place if u havent been………..so i cant wait for beautiful scenery……..western drama & action………i need my longmire fix lol 🙂