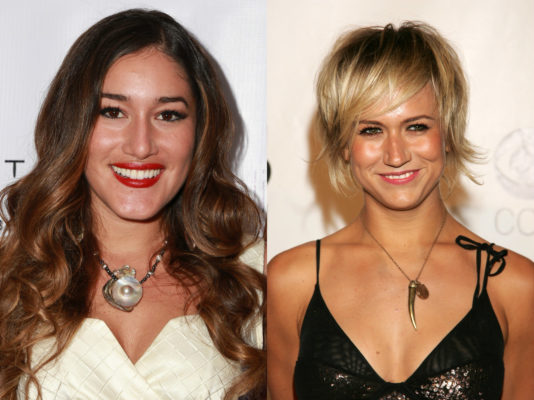 On Yellowstone, Kilcher will be playing “Angela Blue Thunder, a Native American and political opponent of Tom Rainwater” and Landon will portray “Teeter, a new wrangler on the Yellowstone Ranch. Teeter is a snuff dipping, sunbaked, expert wrangler.”

Paramount Network has not yet announced a premiere date for season three of Yellowstone.

What do you think? Are you a fan of Yellowstone? Will you watch season three?

I’m all in for Yellowstone. PLEASE KEEP THE SERIES COMING.

I have been a fan of Kevin Costner since his movie Silverado! I have copies of all his movies.
Yellowstone is a powerful, gripping show. Tremendous actors. You definitely have to wait for a commercial to get something from the kitchen. You dare not leave, you don’t want to miss one word. Can’t wait for Season 3 to start! Thanks Kevin for a terrific series. You’re great !!

The best…keep it coming. Americas Legacy

Love this show. It is American McBeth & King Lear all in one.

I think this is the best modern day western ever! It would be unfortunate if season three is cancelled

I am counting the days until season three airs. This show is the best television thsnks to the writers, directors, cast, and the star. Costner is PERFECT for this role. I love it!
I had my first horse at 3 and my first rifle at 7.
I do relate.

Absolutely will watch, love this series!! Can’t wait to see what happens w/ all the characters, especially Rip 🙂

Fabulous series; love all the characters and the storyline and the scenery and everything about it. It is a bit raw but that’s life! Excellent acting.

My Sister, brother in law and myself love love the show. We can’t wait for season 3. I havent been that glued to a series in a long time.

YES-YES-YES!!! Cannot WAIT for Season 3- to Infinity and Beyond! We’re hosting a Yellowstone-themed party for a group of fellow-Yellowstone fans this Sat night, complete with branding (our steaks, that is). Swimsuits are optional in the horse trough- lol! My Beth Dutton t-shirt is READY!

Love, love, love the series….I love the Dutton family members. They’re all great!!! Mr. Costner makes the show!!! Looking forward to season 3 & many, many more seasons after that!

Absolutely I’ll be counting the days till season 3 of Yellowstone! I AM hooked!

Cannot wait for Season three… GREAT CHARACTERS!! No lightweight show for the “burbs” here. The setting is jaw dropping!

Hope Yellowstone returns before June of 2020 . I love the show . Nothing else on teivision like it !!!