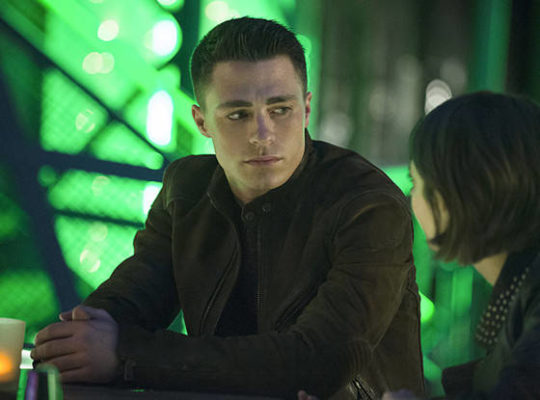 Who’s returning for the final season of Arrow? GreenArrowTV reports Colton Haynes will not be returning as a series regular for the CW TV show’s eighth and final season.

During this year’s summer TCA press conference, Arrow EP Beth Schwartz revealed the show does hope to have Haynes return for the The CW series’ final season:

We hope to have him back. … We love him and he’s obviously one of the foundations of the show.”

Additionally, star Manu Bennett recently announced he was not asked to return for Arrow’s final season, which premieres on The CW on October 15th at 9 p.m. ET/PT.

What do you think? Do you watch Arrow? How do you want the series to end?

Love arrow hoppe it ends in a good not to bad its ending.when crap shows stay in.all the channels