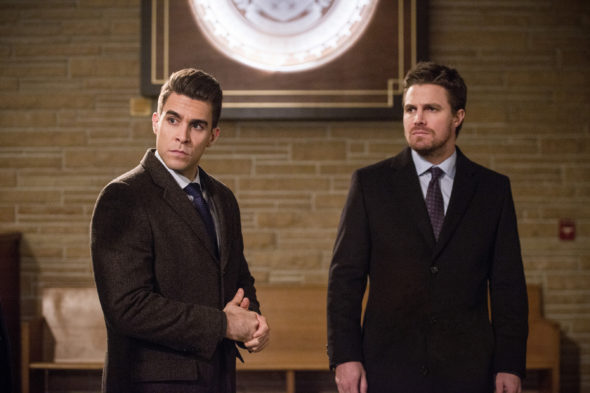 Some familiar faces are returning to Arrow. Entertainment Weekly and Deadline report Josh Segarra, Colin Donnell, and Katherine McNamara will return for the CW TV show’s eighth and final season.

The eighth and final season of Arrow debuts on The CW on October 15th at 9 p.m. ET/PT.

What do you think? Are you an Arrow fan? Are you excited for the final season?

Yes but they could bring the story with their children